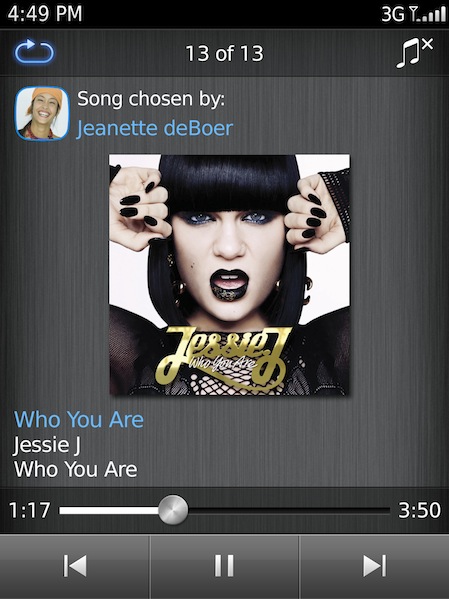 If you're taking part in the BBM Music beta, you should be getting an email shortly, if you haven't already letting you know that BBM Music v1.0.0.93 is now available for download. The list of changes for this release is rather short but the list of known issues is rather large -- so at least RIM is letting you know what to look out for.

The update is available now for most users, if you're not seeing it as of yet, then it'll be updated shortly so just sit tight and make sure when using it, you file feeback on any issues that arise -- given that it is a beta, RIM will need to be aware of the issues before they can ever be correct.

Login to the BlackBerry Beta Zone