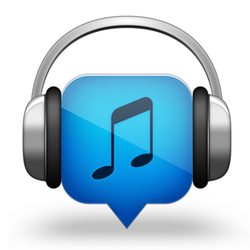 I'm guessing that BBM Music hasn't taken off as well as Research In Motion had hoped it would. In my opinion, one reason that it hasn't is the fact that (like many of RIM's apps) it's not been made available in enough countries. Launching in just Canada, Australia, and the US initially, the social music app has met with lukewarm response and mediocre reviews. RIM has recently expanded the availability to include the UK and Mexico, which is a start toward getting more people using the app, though there was no real announcement so I'm not sure how many people even realize they can download it yet.

BBM Music depends on users to keep it alive, but competition in the US and Canada is fierce with the availability of other (and some would argue, better) music streaming apps. As reader Antonio told us, "I'm in Mexico and was really looking forward to try the app for the first time, since we didn't have access to the beta (heck, here we don't even have access to the Beta Zone!). I think it's an awesome app, especially in a country like mine, where music streaming services like Spotify and such are not available."

Making BBM Music available in countries that don't have so many options available for streaming music is a wise choice, and in my opinion one that should have been made much earlier in the game.