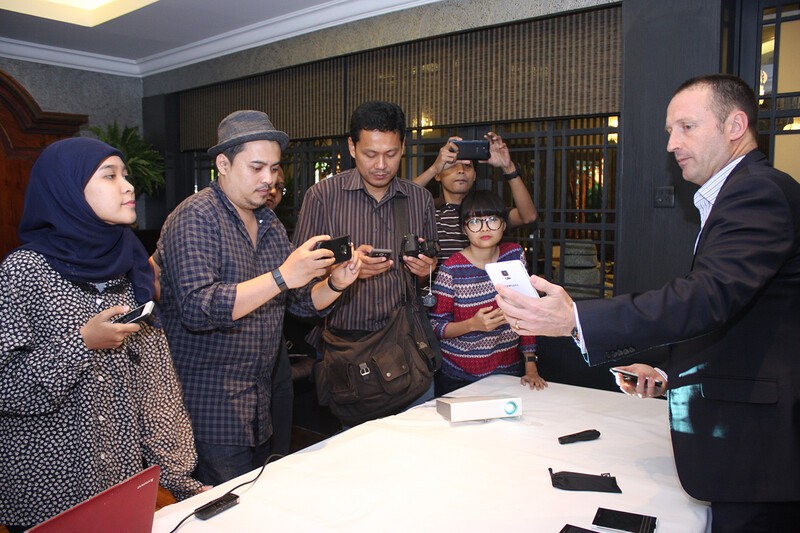 While we're still waiting to hear some news about BBM Money for the U.S. and Canada, BlackBerry last week held an event to update media and the Android, BlackBerry and iOS communities in Indonesia on the latest additions to BBM Money that for the first time brings Instant Mobile Payments to users of the app on all major platforms and allows them pay for goods and services online and in stores – regardless of who they bank with.

As many of you already know, BBM remains the most popular messaging app in Indonesia, particularly on devices running Android. However, in addition to the popularity and renown that BBM commands in Indonesia, there are three trends making Indonesia the obvious choice in which to launch a mobile money scheme.

Firstly, with 250 million people experiencing rapid economic development, e-commerce in Indonesia is booming. In fact, e-commerce is growing at the second-fastest pace globally, behind only China.

Secondly, while the use of mobile messaging seems commonplace in Indonesia, smartphone penetration has only just reached 20%. The rate of adoption is among the highest in the world, however, meaning the first experience of the internet for most Indonesians today is from a smartphone. This presents an amazing opportunity for the growing number of innovative and entrepreneurial online retail startups in the country to attract new customers via their smartphones – and is where the BBM Mobile Ad Platform and BBM Channels come into their own.

Thirdly, less than 20% of Indonesians have access to a traditional bank account. Moreover, just 11% of the 250 million inhabitants of Indonesia have debit cards and only 3% have credit cards. This means there are more BBM users in the country than there are debit and credit card users combined. For anyone without access to a bank account or payment card, what could be more convenient than a mobile payment service deeply integrated with the mobile messaging service they love so much?

Following an update to the BBM Money app for Android, BlackBerry and iOS, our customers can now use Instant Mobile Payments to pay for goods and services online and in participating retailers' stores, regardless of who they bank with. The payment happens instantly without the need to make a trip to an ATM to transfer money to the merchant.

To celebrate Ramadan – the busiest buying season of the year in Indonesia – we are working with a group of retailers, all of which already accept Instant Mobile Payments via BBM Money. These include leading fashion, electronics, food and gift retailers – but the team is hard at work signing up more and more merchants, as we continue building the BBM Money ecosystem in Indonesia.

As for when BBM Money will expand beyond Indonesia, Matthew Talbot, Senior Vice President - Emerging Solutions at BlackBerry noted 'The answer is that payment services aren't simple to replicate from one market to the next, given the complexity of local regulations and banking systems. However, we are actively looking at other markets with traits similar to Indonesia, where it would make sense for us to invest in similar BBM-linked payment services. I'll ensure we keep you updated on any news in this area'. You can read the full post over at the Inside BlackBerry blog.