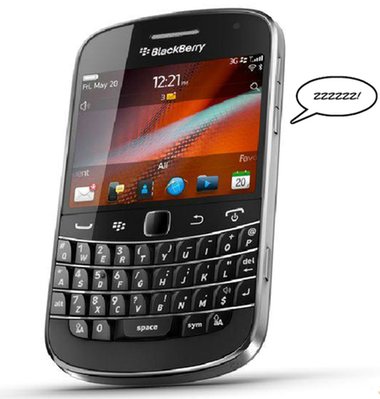 *UPDATE 2*  Unofficial word is that BBM / BIS services have been restored and things will be coming back online ASAP. If you're still seeing some issues, give it some more time to filter through the system but it has been resolved. No word on what, exactly the issues were.

*UPDATE* And the outage is still happening, RIM has at least acknowledged the issue now for the masses but no ETA on a fix was given. Unoffcially, we're hearing at least another 2 hours for it to be cleared up. That said, many folks are now getting spam broadcast message like the following:

That won't fix it, it is spam. Forwarding it on will do nothing to fix your issues so please, don't do it. When services look as though they are getting restored we'll update once again.


Many folks in Europe last night were having issues with sending BBM messages and BIS being rather slow but that looked as though it was starting to clear up. Now though, many people are once again reporting the same issues and this time around it appears to be more widespread with folks from just about everywhere reporting BBM messages not being marked as deliverd and rather slow email. If you're having some issues, then by all means drop your area and carrier in the comments. These issues never seem to last all that long so, here's to hoping RIM will get things back in order soon. Personally, Rogers in Halifax, Nova Scotia, Canada is and has been fine all this time.