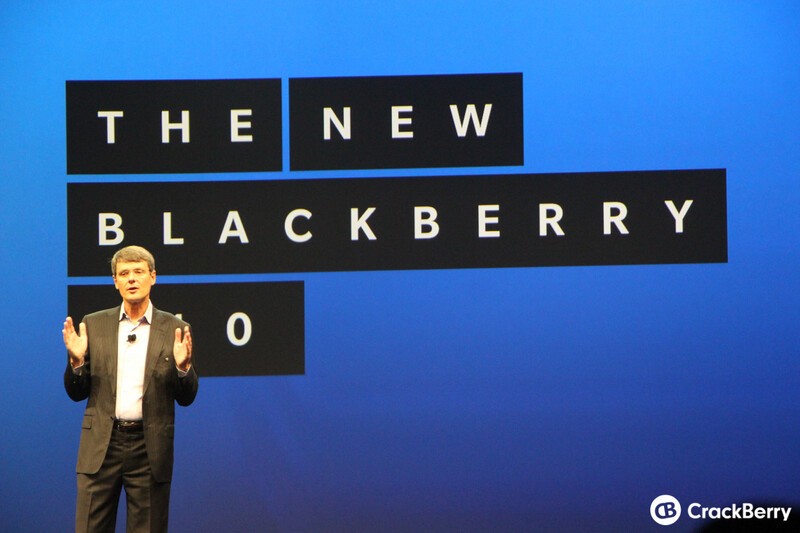 Announced today during BlackBerry Live 2013, BBM is set to go cross-platform this summer.  That means BlackBerry, iOS and Android users will able be able to chat seamlessly over BBM very soon.

Cross-platform BBM is long overdue but is sure to make for plenty of happy BlackBerry users in just a few months.

The rollout will first include just chat, but soon to follow will be BBM Voice, BBM Video and even BBM Channels. Users on iOS and Android will get the same features of BBM that BlackBerry users already have so it should be pretty exciting. Best of all? It will still be totally free.

Plenty more on this to come soon so stay tuned!

BBM for iOS and Android to Launch This Summer

WATERLOO, ONTARIO--(Marketwired - May 14, 2013) - BlackBerry® (NASDAQ: BBRY)(TSX: BB) today announced plans to make its ground-breaking mobile social network, BlackBerry® Messenger (BBM™), available to iOS® and Android™ users this summer, with support planned for iOS6, and Android 4.0 (Ice Cream Sandwich) or higher, all subject to approval by the Apple App Store and Google Play. BBM sets the standard for mobile instant messaging with a fast, reliable, engaging experience that includes delivered and read statuses, and personalized profiles and avatars. Upon release, BBM customers would be able to broaden their connections to include friends, family and colleagues on other mobile platforms.

In the planned initial release, iOS and Android users would be able to experience the immediacy of BBM chats, including multi-person chats, as well as the ability to share photos and voice notes, and engage in BBM Groups, which allows BBM customers to create groups of up to 30 people.

"For BlackBerry, messaging and collaboration are inseparable from the mobile experience, and the time is definitely right for BBM to become a multi-platform mobile service. BBM has always been one of the most engaging services for BlackBerry customers, enabling them to easily connect while maintaining a valued level of personal privacy. We're excited to offer iOS and Android users the possibility to join the BBM community," said Andrew Bocking, Executive Vice President, Software Product Management and Ecosystem, at BlackBerry.

BBM is loved by customers for its "D" and "R" statuses, which show up in chats to let people know with certainty that their message has been delivered and read. It provides customers with a high level of control and privacy over who they add to their contact list and how they engage with them, as invites are two-way opt-in. iOS and Android users would be able to add their contacts through PIN, email, SMS or QR code scan, regardless of platform. Android users would also be able to connect using a compatible NFC-capable device.

BBM has more than 60 million monthly active customers, with more than 51 million people using BBM an average of 90 minutes per day. BBM customers collectively send and receive more than 10 billion messages each day, nearly twice as many messages per user per day as compared to other mobile messaging apps. Almost half of BBM messages are read within 20 seconds of being received; indicating how truly engaged BBM customers are.

Today, BlackBerry also announced BBM Channels, a new social engagement platform within BBM that will allow customers to connect with the businesses, brands, celebrities and groups they are passionate about. BlackBerry plans to add support for BBM Channels as well as voice and video chatting for iOS and Android later this year, subject to approval by the Apple App Store and Google Play.

If approved by Apple and Google, the BBM app will be available as a free download in the Apple® App Store(SM) and Google Play store. Additional details about system requirements and availability will be announced closer to the launch.