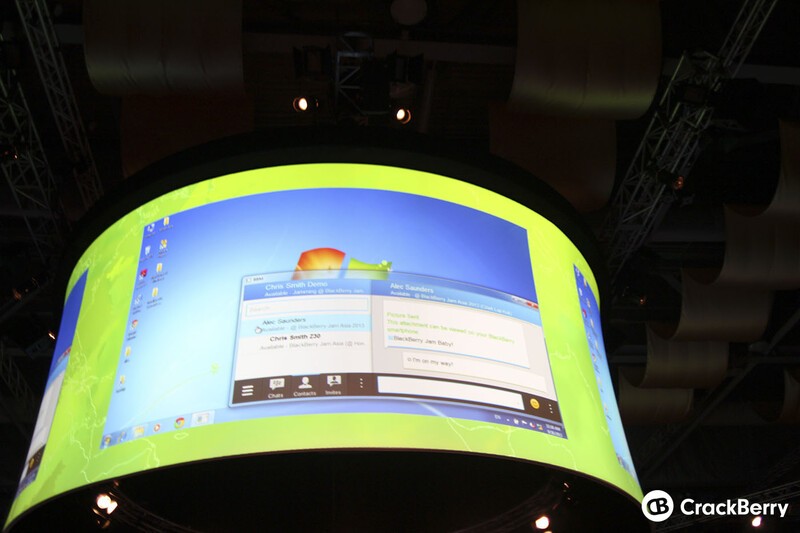 For years now, there has been plenty of discussion surrounding BBM on the desktop. We even asked not that long ago if it was time for it to make the jump and lo and behold, BlackBerry has been thinking the same thing.

What you see in the above image was a tech demo for BBM on the desktop at BlackBerry Jam Asia, essentially showing how your BlackBerry can be used to mirror the content on your BlackBerry to the desktop over USB and WiFi which also includes Windows integration, allowing for such things as using the file picker to send photos, files and more.

At this point, there is no planned launch or anything like that but Alec Saunders noted it's also working on Mac and they're 'thinking about other environments' as well but again, simply a tech demo for now.