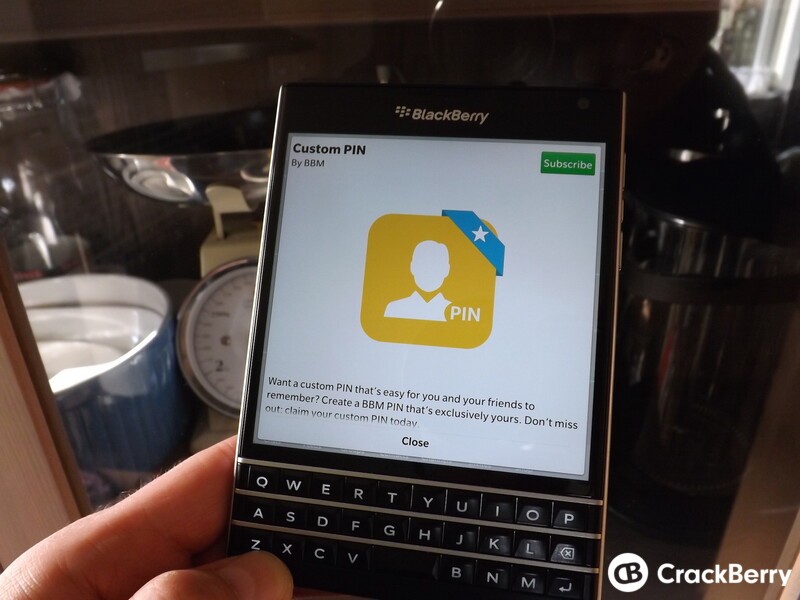 Recently we published a poll asking CrackBerry readers if 'you use a custom BBM PIN'. As I mentioned then, we've had the ability to create our own PIN since the last update of BBM and while it's a pretty cool new addition I wasn't convinced that it was worth spending a couple of bucks a month on for the privilege.

Sure, I can see the advantage in that you could have the same PIN as your name or social network user name, but is that a huge deal for BBM users? It would appear that most BlackBerry users agree with me, as over 76% of people that voted said that they couldn't justify the monthly cost.

The reasoning behind the custom PIN is revenue, but is it generating as much as BlackBerry expected? I suspect not, but every little helps. What I would be interested to see and what would possibly make me change my mind is a one off cost for a custom PIN, instead of the monthly subscription. The price would still have to be attractive though - something that it isn't at the moment in my opinion.