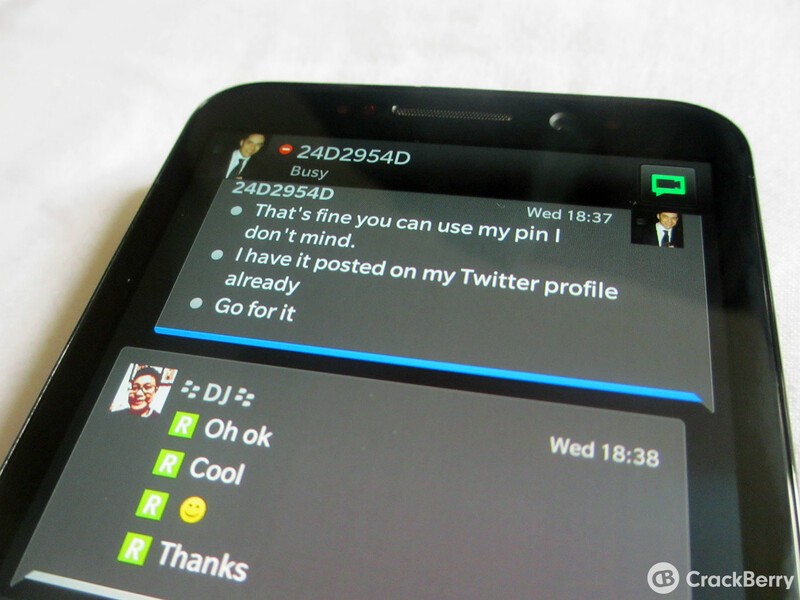 Have you ever encountered BBM contacts showing up as PINs instead of their display name? I have too and it can get a little annoying at times. I normally see this occur in BBM groups, where the odd few members appear as PINs. I'll only be able to recognize them by their display picture. Even then there are times their display picture doesn't show either.

A fix that was always suggested to me when this occurs is to tell that particular person to add period to the end of their display name, this would help re-sync them. While this method worked, some people didn't always like to do it. If you're one of those people, fear not as a different method has recently been suggested to me and it requires tweaking on your part instead of you telling the other party to fix their name. It is done by refreshing the contact and is pretty quick and easy to do.

I wished I had known of this a lot sooner but I know of it now and it certainly is the best fix I've found to fixing the issue of constantly seeing BBM PINs everywhere. One thing to note is that this method only works if the person is a BBM contact.

Thanks for the tip, Matt!