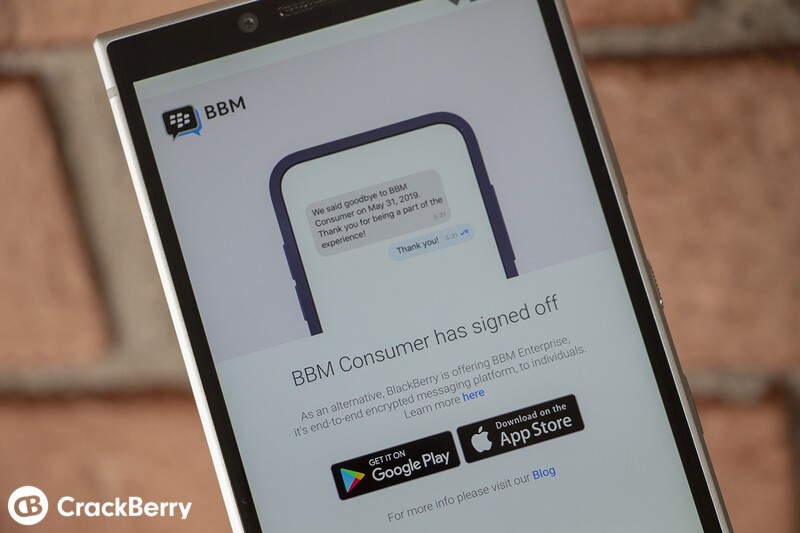 If you're looking around the internet today, no doubt you'll see plenty of articles bidding farewell to BlackBerry Messenger due to Emtek shutting down their BBM consumer operations. As expected, BBM users were logged out of the app today and were left with a goodbye message.

There's a part of me that likes reading all the articles from folks sharing stories of their BBM usage, mainly because there are similarities to my own stories. BBM was one of the first real messaging apps that I dug into, and through using the app, I met friends and created relationships with people whom I still talk to this day.

It also led to a lot of sleepless nights because of deep conversations and people not respecting my away messages or you know, time zones, but whatever. I know from reading some of the articles that are saying goodbye to BBM today, that I'm not the only one who has met their better half through BBM and can say BBM changed their life.

Still, while it is an end of an era, part of me also feels like there's something slightly off in saying goodbye or writing out a full-blown eulogy at this point. Sure, BBM, as most folks have known it for the past few years, is going away but BBM as a service is not going away as BlackBerry announced shortly after Emtek noted they would be shutting down BBM Consumer, BBM Enterprise lives on to cater to those who are not ready to give up BBM.

Granted, it's not exactly the same but as I noted at the time, ending BBM for consumers is kind of taking BBM it back to its roots of being a secure messaging platform that also protects your privacy. We all know BBM will never be as big as it once was, there's no denying that plain and simple fact, but when it comes down to it, if you still want to use BBM, it's there for you!