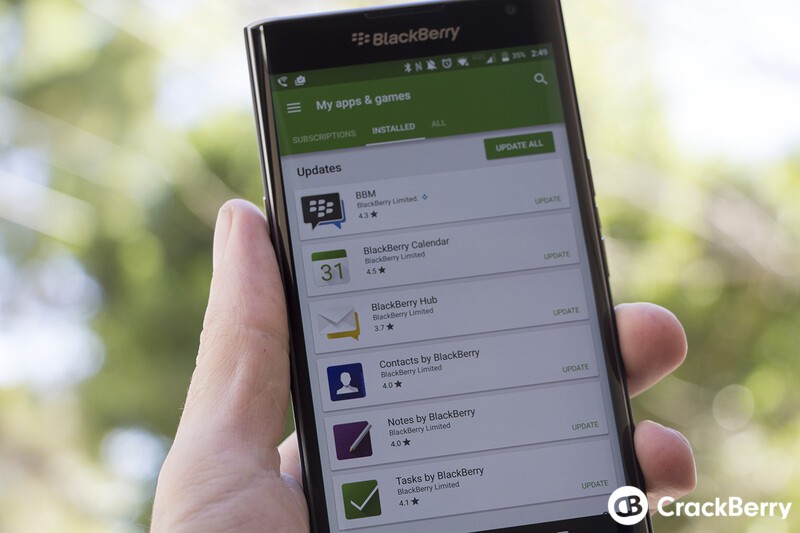 BlackBerry just pushed a handful of updates to their Google Play apps for the Priv. Most of the updates are for stability improvements and bug fixes though there are some new things added to BBM, which was added in a recent beta update. There's an update to BBM, BlackBerry Hub, Calendar, Contacts, Notes and Tasks. Get a rundown of what's new from each app below.

These updates follow the BlackBerry Services update that rolled out earlier, so if you missed that previously, you will also see it available as well. It's nice to see these apps updated regularly. I look forward to more future refinements. Once you get the updates installed yourself, let us know if there's any further improvements not mentioned above.