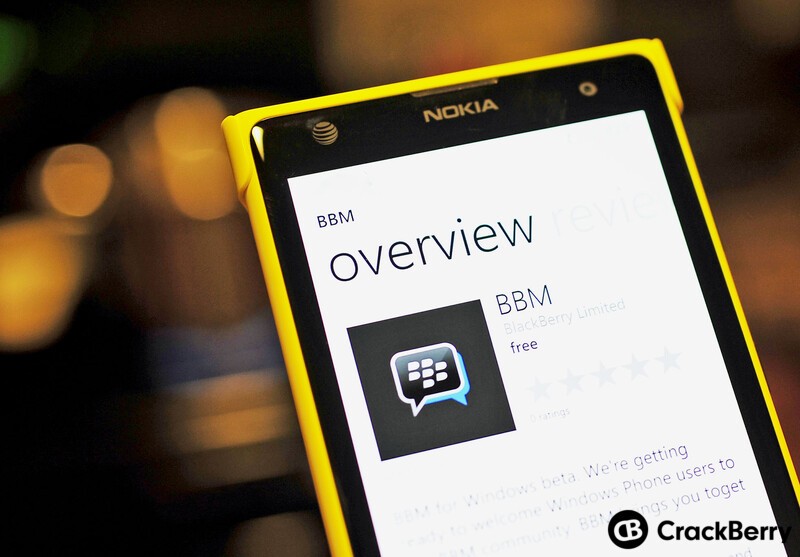 BlackBerry has rolled out an update to its BBM beta app on Windows Phone today, and while it doesn't bring any fancy new features, it does include a whole slew of bug fixes.

While all of those bug fixes are definitely welcome, BlackBerry also notes the following list of known issues in this build:

If you'd like to snag the update and squash some of those annoying bugs, you can hit up the store link below to get started.

Thanks to Angella for the tip!