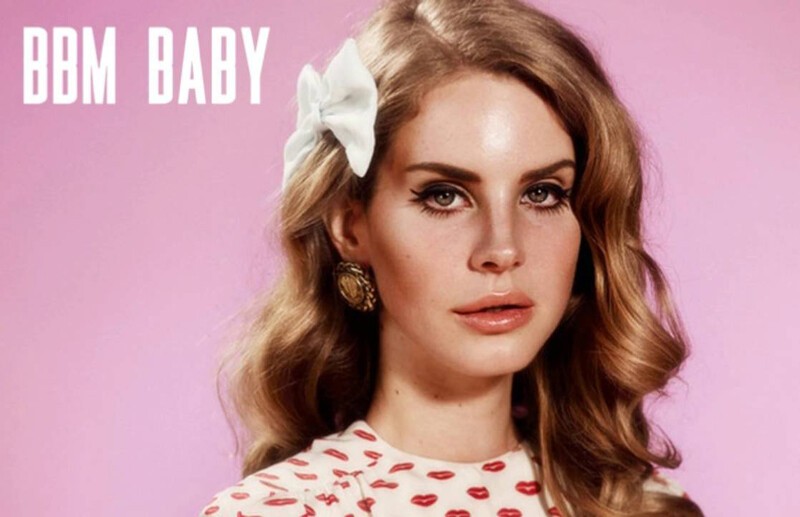 Lana Del Rey has a pretty extensive history of unreleased songs hitting the internet and one of the latest having now appeared online is straight up about BlackBerry Messenger. BBM Baby, as it is known, was written and produced with Penguin Prison back in 2011 according to an interview with FILTER but it was never released until now.

I also heard that you were recently in the studio with Lana Del Rey, what was that experience like?

Well the studio as in my home studio. She came over and we worked on a song a while ago. It was called BBM Baby, I guess it was about her BlackBerry Messenger. I also did a remix to one of her songs called Blue Jeans which came out recently and people seem to like that one. Out of all the remixes I've ever done, the first one was for Marina and the Diamonds' song I am Not a Robot and I like that one the best, but I also like the new one I did for Blue Jeans. I think those two are the best remixes that I've made. I met her like 2 years ago and hung out with her a bunch in London and New York. She's funny, she's a very entertaining person to hang out with, and she has a wonderful singing voice.

Over the years, BlackBerry and BBM have been name dropped plenty of times in songs including those from Baby Bash, Fabolous, Jay-Z, Joell Ortiz and really, countless others including the insanely catchy Ping Me Baby by Riz. You can listen to BBM Baby below. I warn you, though, it's also catchy and you may hate yourself for liking it.