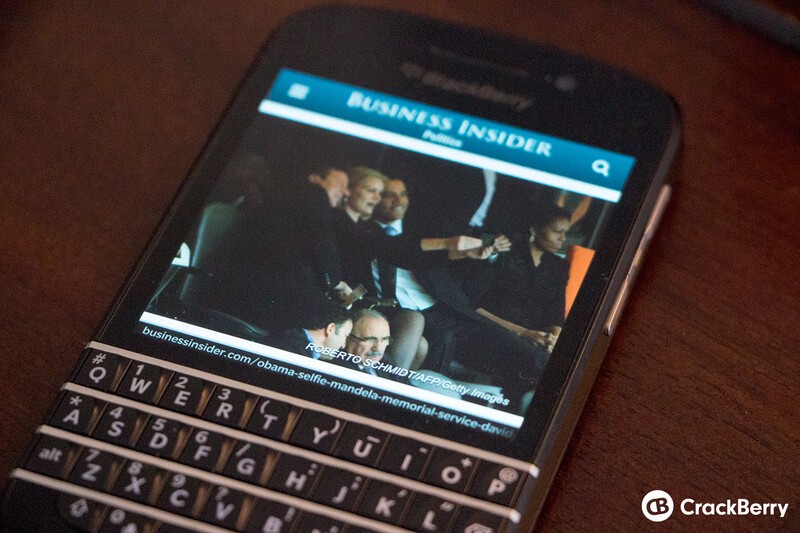 We recently heard that US President Barack Obama is sticking with his BlackBerry and actually isn't allowed to use an iPhone, but what we didn't know is just what device the President has by his side. He's been a Bold 9900 user for quite a while now, but it looks like he may have recently upgraded to the BlackBerry 10 train.

From the looks of this photo, taken at Nelson Mandela's memorial service, Mr. Obama may very well be using a BlackBerry Z10 now. The photo shows the President taking a selfie with UK Prime Minister David Cameron and Denmark Prime Minister Helle Thorning-Schmidt while using a Z10. Of course the device could very well belong to one of the other parties but we're banking it belonging to the POTUS (or at least we hope it does -- because that would be awesome).

Update: Word on the street is that the Z10 doesn't actually belong to the POTUS, but maybe he liked it enough to get one of his own soon?