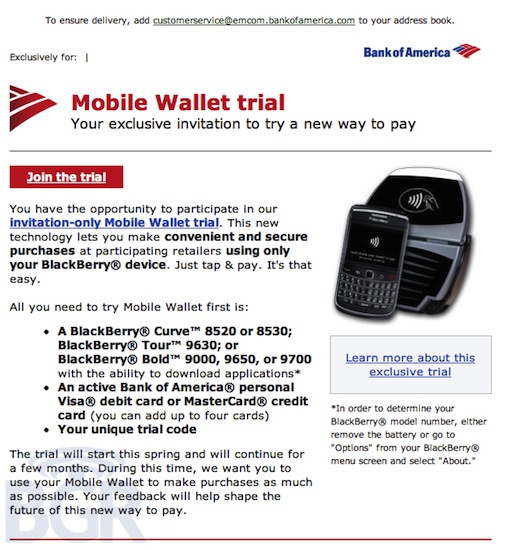 We didn't expect to see much of NFC until the rumored 2011 devices hit later this year, but Bank of America is already putting the NFC technology to good use. They have started a trial of their Mobile Wallet program that will allow testers to receive a new battery door and microSD card to NFC-ize their device. The program lets users make payments using only their NFC outfitted BlackBerry (currently supported are the Curve 85xx, Tour and Bold series) anywhere MasterCard is accepted. The trial looks to start sometime this spring and is invite only. Great stuff!