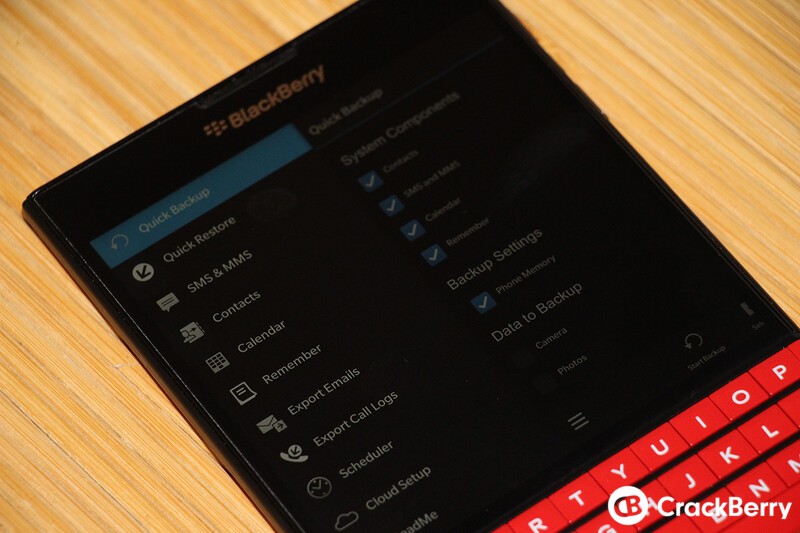 When it comes to backing up my BlackBerry, I admit to having slacked off in recent months. There is no shortage of applications and methods with which to do so. Nonetheless, as I am not one to just rely on my SD card, my general rule is usually to have at least three different backups as a safety net. Ultimate Backup is one option available to BlackBerry users.

This backup tool comes with AES256 encryption, ability to backup to multiple locations such as the cloud (OneDrive, DropBox, and Box), phone memory and SD card, as well as USB on-the-go (supported devices only). Not only can you backup system data such as contacts, SMS/MMS, Calendar entries, Remember, and Call logs, but also personal data such as photos, videos, playlist, music, and documents.

For a limited time, and yes they go quickly, the developer is offering 1,000 copies to our readers. The code is already active and, of course, the instructions on how to get yours is shown below.

Now that the BlackBerry Priv is official, this is certainly the right time to backup and preserve your data.

Ultimate Backup can be purchased in BlackBerry World for $3.99. It is compatible with all BlackBerry 10 handsets though some features require OS 10.3 and higher.