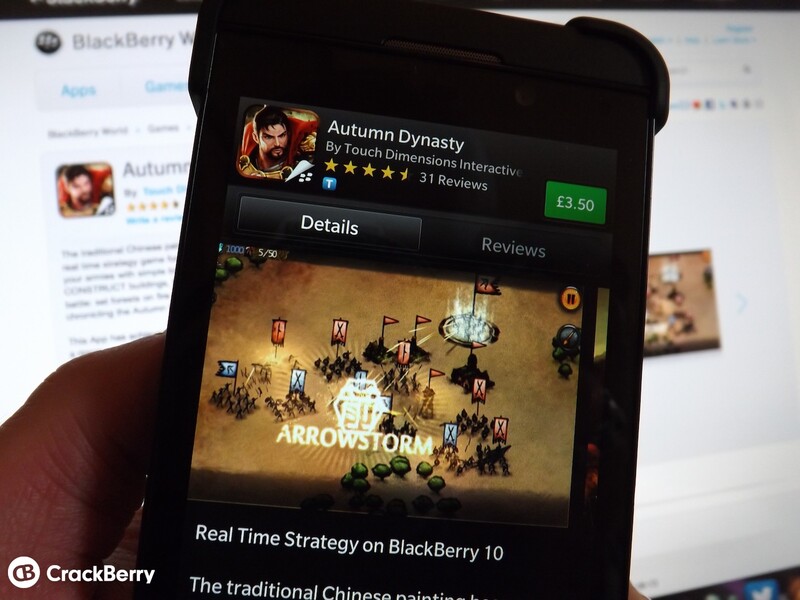 I first got to check out Autumn Dynasty back at BBJam in Amsterdam and although it was an earlier build of what is available now it looked to be one heck of a strategy game. In line with American Independence Day the developers of Autumn Dynasty are offering a 40% discount off the price of the game - bringing it down to just $2.99, which for what you get for your money is super value.

Available for just the BlackBerry Z10 only, the 'Built for BlackBerry' app is certainly one of the most original games of its style I have seen - using brush strokes and gestures to maneuver your troops plus much more. If this type of game is your thing I can highly recommend taking advantage of the special discounted price - which will run from July 4th until July 11th.

If you already own the game you will be pleased to hear that an update will be pushed to you this week bringing a few more maps plus the odd bug fix. Looks to me like everyone's a winner!

If you missed our hands on demo with the developer you can catch up here.