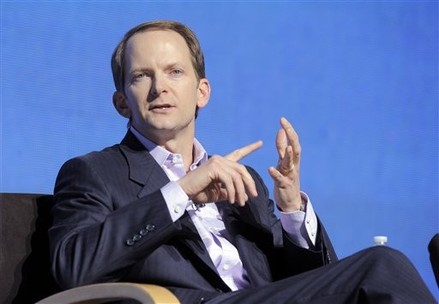 In a recent interview with FireceWireless, AT&T chief marketing officer David Christopher weighed in on the current situation at Research In Motion. Christopher noted that AT&T believes consumers want choice, which is why they hope that RIM will bounce back. "We want RIM to succeed. We like choice," Christopher said. "They have a strong base. But they have to innovate quickly and execute.". Currently AT&T carries five BlackBerry smartphones, all of which are the latest BlackBerry 7 devices (Bold 9900, Torch 9810, Curve 9360 and Torch 9860) with the exception of the older Curve 3G.

With the upcoming release of BlackBerry 10 devices like the BlackBerry London, things should certainly pick up across the board for both RIM and the carriers. If the things we've heard and seen thus far are any indication, the next generation devices from RIM will no doubt be strong sellers against the likes of the iPhone and Android devices. Newly branded RIM CEO Thorsten Heins has already said in his interview with Kevin that there are new structures in place which will help greatly in bringing products to maket on time -- so combining the new strategy with BlackBerry 10 phones, RIM should have no problem with either innovating or executing as we move forward. (Take THAT AT&T!)