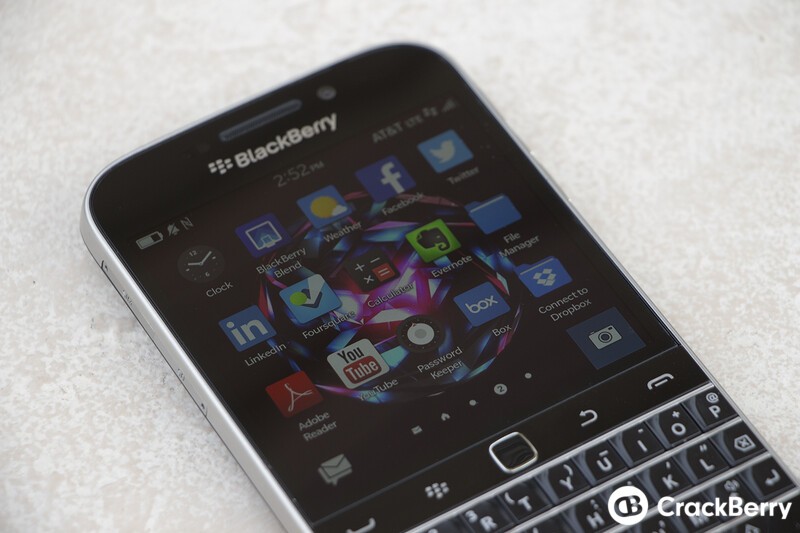 The BlackBerry Classic will be sold by AT&T in the US, as confirmed by the U.S. wireless carrier today. However, it did not reveal a launch date nor a price point for the smartphone. Verizon Wireless also posted word they will sell the smartphone, but did not offer a price point. The carrier said it will sell the BlackBerry Classic sometime in early 2015

In its press release, AT&T emphasized its long history with BlackBerry, including the fact that it was the first U.S. carrier to sell a smartphone from the company with the launch of the BlackBerry 950 in 1999.

BlackBerry also posted a note on their official blog on which Canadian wireless carriers will sell the phone, stating:

Be sure to check out our review of the BlackBerry Classic before AT&T starts selling the smartphone.

AT&T Confirms it Will Offer the BlackBerry Classic

DALLAS, DEC. 17, 2014 – AT&T confirms that the BlackBerry Classic is set to join AT&T's network, which is both the nation's most reliable 4G LTE network and the network that has the nation's strongest LTE signal. Further details on pricing and availability will be announced at a later date. BlackBerry Classic brings back the familiar QWERTY keyboard, trackpad and navigation keys with the security, speed and performance of the BlackBerry 10 operating system.

AT&T is focused on giving our customers a top-notch experience through fast and friendly service. Being recognized as the highest ranked wireless provider for overall purchasing experience by J.D. Power, for the third time in a row, shows this commitment to the customer experience is making a difference. AT&T outperformed competitors in the J.D. Power 2014 Volume 2 study and received the "Highest Satisfaction with the Purchase Experience among Full-Service Wireless Providers, Three Times in a Row."