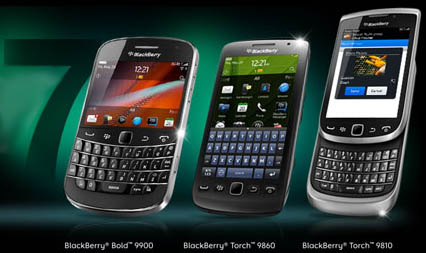 “BlackBerry customers are passionate about their smartphones – and they know to come to AT&T for the best choice,” said Jeff Bradley, senior vice president, Devices, AT&T Mobility and Consumer Markets. “From being the first carrier to offer the BlackBerry solution in 1999 to the broadest lineup of 4G-capable BlackBerry smartphones this year, we’ll continue to offer our customers the leading BlackBerry portfolio in the U.S.”

Important Information: Limited-time offer. Mobile broadband coverage and other coverage not available in all areas. See coverage map at store for details. Two year agreement with qualifying voice plan and a minimum $15 a month smartphone data plan required. Subscriber must live and have a mailing address within AT&T's owned wireless network coverage area. Up to $36 activation fee applies. Equipment price and availability may vary by market and may not be available from independent retailers. Early Termination Fee: None if cancelled in the first 30 days, but up to $35 restocking fee may apply to returns; thereafter up to $325. Some agents impose additional fees. Other conditions and restrictions apply. See contract for details. Sales tax calculated based on price of unactivated equipment.


AT&T Inc. (NYSE:T) is a premier communications holding company. Its subsidiaries and affiliates – AT&T operating companies – are the providers of AT&T services in the United States and around the world. With a powerful array of network resources that includes the nation's fastest mobile broadband network, AT&T is a leading provider of wireless, Wi-Fi, high speed Internet and voice services. A leader in mobile broadband, AT&T also offers the best wireless coverage worldwide, offering the most wireless phones that work in the most countries. It also offers advanced TV services under the AT&T U-verse® and AT&T | DIRECTV brands. The company's suite of IP-based business communications services is one of the most advanced in the world. In domestic markets, AT&T Advertising Solutions and AT&T Interactive are known for their leadership in local search and advertising.

Additional information about AT&T Inc. and the products and services provided by AT&T subsidiaries and affiliates is available at http://www.att.com. This AT&T news release and other announcements are available at https://crackberry.com/e?link=https%3A%2F%2Fwww.kqzyfj.com%2Fclick-100048251-13650413%3Fsid%3DUUcbUdUnU160690%26url%3Dhttp%253A%252F%252Fwww.att.com%252Fgen%252Flanding-pages%253Fpid%253D3309%26ourl%3Dhttp%253A%252F%252Fwww.att.com%252Fnewsroom&token=G4YlUNUP and as part of an RSS feed at www.att.com/rss. Or follow our news on Twitter at @ATT. Find us on Facebook at www.Facebook.com/ATT to discover more about our consumer and wireless services or at www.Facebook.com/ATTSmallBiz to discover more about our small business services.