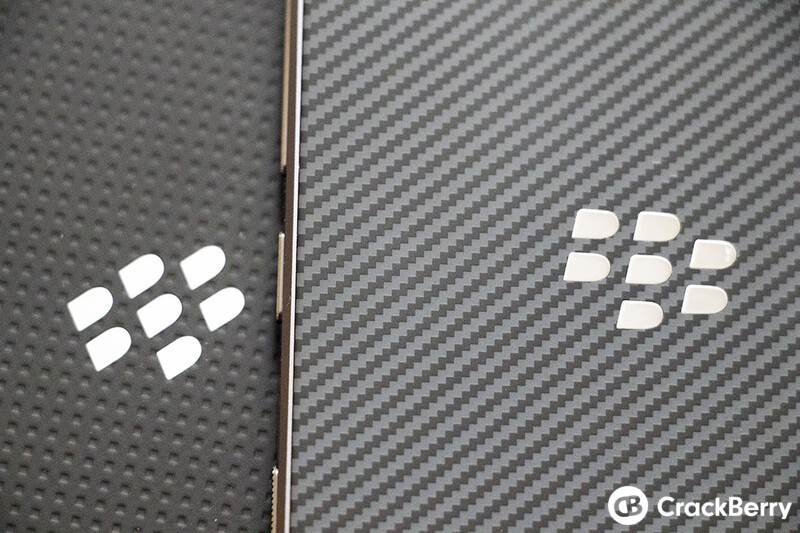 For months now there have been some unreleased BlackBerry smartphones popping up all over the internet be it on Geekbench, through configuration files and even in European device registration databases. For their part, BlackBerry Mobile has officially stated two new keyboard smartphones will arrive in 2018, but outside of calling them BBE100-1 and BBF100-1, we have not heard much about the codenames assigned to these devices ahead of release.

Over the past two days, though, new information has started to point to the possibility of three new codenames - Athena, Luna, and Uni. Let's break them down and take a look at some of the claims behind them because even though the information is out there, that doesn't mean it's all correct or incorrect, there's always generally a bit of truth to the rumors that pop up.

Let's start with Uni because well, this seems the most off base to me as it has thus far been presented. The folks over at LetsGoDigital have unearthed a few trademarks and patents owned by TCL and BlackBerry and have pieced together that there might be a BlackBerry smartphone in the works called 'Uni' and that it will feature a styling pretty much identical to the BlackBerry Priv. There is, however, a few problems here with the pieces of information.

First off, TCL already has a product called the Uni360. It's an Alcatel branded VR headset that was announced alongside the Alcatel Idol 5. The new trademark is for Uni, and its listing shares all the same registration codes as the Uni360, leading me to believe it's just an extension of the Uni360 VR headset branding or possibly just another Alcatel phone. Could it potentially be a BlackBerry device name? Sure, it could, but it seems unlikely they would mix the branding.

As is almost always the case, the 'device' used in the patent is just a reference point, and the only reason why the Priv design was likely used is that it was the only device put out by BlackBerry that depicted the camera module referenced in the patent. They had the artwork already available and used it.

All that is to say, if you think BlackBerry Mobile will be resurrecting the Priv design, I don't think there's much chance that will happen. If anything, we'll see the camera design as outlined in that BlackBerry patent used somewhere else (Athena, Luna) and maybe see the Uni name used elsewhere, but don't have your heart set on seeing another Priv-like design.

Athena is a more recent name that has popped in the CrackBerry Forums, and everything mentioned about it seems to fall in line with the previously rumored device information that goes along with the BBE100-1 and BBF100-1 model numbers. As posted in the forums, Athena is rumored to be a keyboard-based designed and will feature 6-8GB of RAM, larger keys than the BlackBerry KEYone and have 64GB of onboard storage. So far, everything follows the rumors and confirmed info here.

The other highlight of Athena? Dual backside cameras to be 'able to take a clear picture and blur out the rest of the area around it.' Hmm, kind of like noted in the BlackBerry patent as mentioned in the Uni section. Suddenly, that BlackBerry patent being granted for the camera rather than a Priv based design starts to make more sense.

That's all cool, but what about the processor? Well, where everything else seems to be falling in line with the rumors, it would appear as though the Athena, will arrive with a Snapdragon 660. As for a timeframe, I'm hesitant even to bother mentioning that since that's always the most fluid thing when it comes to device releases but the poster of the Athena information says April, but again, out of all the info here, that's probably the biggest thing subject to change.

When it comes to Luna, this is where the finer details start to fade. Other than aligning it with the BBE100-1 model previously rumored, the information suggests it's a mid-tier device. BlackBerry Mobile confirming two new keyboard devices applies here as well, so it's expected Luna will be one of those two released. Other than that, not many other details to go off of here. Again being hesitant to mention the timeframe, since they can be all over the place, the original poster of the information mentions August.

There's also one more device mentioned, an all-touch device, but at this point that one is hardly even worth a mention since there are no details available outside of saying it's not even going to be on the radar until January.

In any case, there is a lot going on here with these rumors and, they've come out of left field. As you might be able to tell, I'm more willing to go with the idea of Athena and Luna existing more so than I am some redesigned Priv being released. The specifics just don't add up for Uni outside the camera information and a very minimal chance of the Uni name being used.

At the very least, Athena and Luna follow the pattern of BlackBerry Mobile's internal device naming process, with the exception of Krypton (Motion). Mercury, Athena, Luna, are all Greco-Roman Gods and Goddesses, that alone makes the rumors a touch more likely in my opinion. I've been hearing these names off and on since the codename 'Juno' stopped appearing late last year.

With Mobile World Congress right around the corner, that might explain the sudden jump in rumors and codenames, but we'll just have to wait and see. For now, let me know what you think of it all in the comments. You buying the Priv redesign hype or should BlackBerry Mobile stick more to the KEYone style? Two new keyboard designs I can roll with but a Priv redesign? Nah.