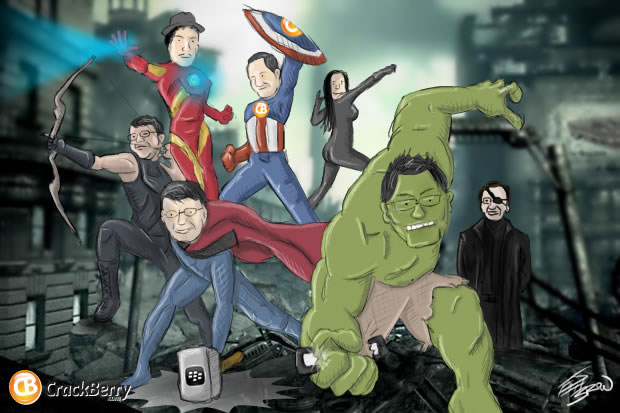 This BBDoodle masterpiece is finally complete! It tooks us a couple of weeks to get all of the actors cast in the BlackBerry Avengers, but we got it done. Last week we asked CrackBerry Nation who should get the roll of Nick Fury, and after a lot of debate it was RIM's VP of Developer Relations, Alec Saunders, who won the honor.

So that's it... we can finally Assemble the BlackBerry Avengers! Look for us soon at a carrier store or BlackBerry 10 Jam near you!