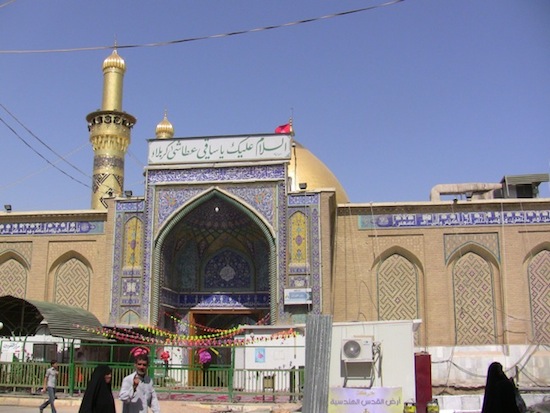 At a recent symposium in Qatar held by the Qtel Group with thought-leaders from RIM and representatives from companies and partners across the Qtel Group, new initiatives and potential for further growth in the Middle Eastern, North African and Asian markets were examined. A key strategy discussed was the development of the Qtel Group's lead in delivering smartphone solutions across its diverse range of emerging markets, which includes telecommunications operator Asiacell in Iraq. Asiacell, the first mobile telecommunications company in Iraq, was established in the city of Sulaymaniyah in 1999 and is said to be launching BlackBerry services in the country in the coming months.

BlackBerry smartphones have had relatively low popularity in Iraq due to recent events and past regimes, which have all but helped technological growth in the country. I personally visited my family in Iraq last summer and boy was it a unique experience - a night and day difference to the safe and calm Finland I've come used to. But despite the problems and difficulties, people managed to live in harmony with one another, care for their neighbor and smile at the end of the day no matter if poor or wealthy. It was truly an inspiring sight. Unfortunately, the necessities of life aren't always met, with limited supply of electricity being a major issue for many families in Iraq. It was not long until it occurred to me, and I apologize for sounding a bit bold, but BlackBerry smartphones are perhaps exactly what my family needs to make life just that much more enjoyable.

Let me explain. Part of my family lives in Basrah and part in Baghdad. When traveling by car, the trip from Basrah to Baghdad can easily take anywhere between four and six hours. My uncle drives that very route on a regular basis every month or so. Being the clumsy type he is, he once forgot to refill the tank and ran out of gas in the middle of his trip. With nowhere to go and a cheap Chinese replica of a Nokia phone, whose battery has long before died out, my uncle was stuck for an entire two hours on the highway. Luckily, someone drove by and stopped to check my uncle's situation, eventually bringing him back home. Anything could have happened during the time my uncle was stuck on the highway, and only if he had a somewhat usable phone with decent battery life, could he have called his brother for help and let the rest of the family know about the delay. Back then I had the BlackBerry Curve 8520, which I promptly offered to give my uncle after this occurrence. Needless to say, his trips have now become a lot more enjoyable as the battery on the Curve easily outlasts the length of the entire trip - no more headaches, no more worry.

By my uncle's statements, the cheap phones he and the rest of my family buys from the local shops only last for a couple of months or, if they are lucky, half a year. But my uncle has now had the BlackBerry Curve for an entire year and despite numerous falls and being driven over by a car (the Curve, that is... don't ask me), my uncle says that it has very well outlasted every single phone my family has bought in recent months. It takes just simple arithmetic to calculate how much money spent on these scrap phones could have been saved if everyone in my family had a BlackBerry smartphone and as constant supply of electricity is pretty much nonexistent in the area where my family lives, having good battery life in a mobile phone is literally essential.

There you have it: an affordable, but durable and reliable smartphone with excellent battery life to boot. But unfortunately nobody in my family has ever heard of the BlackBerry smartphone. Considering that the two major carriers in Iraq pretty much offer nothing of value, this is something I wasn't really surprised of. What surprised me however, is that the other major network in Iraq, Zain, which was formed in 2007, does in fact offer some BlackBerry services in the country. Upon closer inspection it seems that Zain only offers BlackBerry services for enterprises and used to empower the BlackBerry smartphones of U.S. soldiers in the country, but nothing more than that. Quite disappointing, to be honest.

But times are changing. I definitely hope so. With the limited electricity supply and fear of security in many parts of Iraq, having a proper handset that allows the family to stay connected throughout the day, week and month is critical. Needless to say, my family has asked me on numerous occasions to send BlackBerry smartphones their way, but no matter how much I wish I could do that, there simply is no reliable parcel service that would deliver my shipments to my family. And I am strongly hoping that Asiacell will soon launch BlackBerry services in a form that makes the BlackBerry smartphone more accessible to my family as a whole - they really need it.

For all I know, at least 70 members in my family (we are well over a hundred!) are more than willing to buy a BlackBerry smartphone whenever possible. My aunt contacted me the other day, letting me know she had some spare money ready for when she takes a trip to Kuwait, where BlackBerry smartphones are readily available. I really love that ambition and am very happy to know that soon it'll be reality, not only a dream. I miss my family a lot, and coming back to Finland was the most difficult part of my journey. Below are some pictures from my visit for good times' sake. Please, be my guest and share your story on how a BlackBerry smartphone has solved a major problem for you, or your family. And it would really make my day if there are visitors from Iraq reading this piece - please leave a comment and say hi! :)