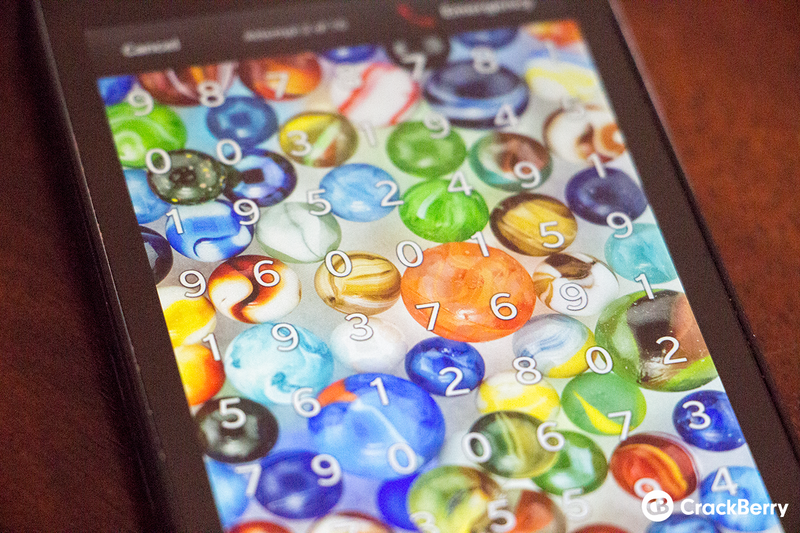 All kinds of things are being uncovered in the OS 10.2.1.1055 leak (most of which we've listed out here). One of the coolest new features is Picture Password. It's nothing like we've seen on BlackBerry but it's really an awesome password option that has been received with open arms by users so far.

Typically BlackBerry users were limited to a standard password unless using a third-party app with something like a pattern lock. BlackBerry recently added a simple password which gives users the option to go with a PIN-type password and using a simple on-screen keypad. OS 10.2.1 adds the new Picture Password and yet another option for keeping things locked up tight.

Picture Password asks you to choose a photo for you lock screen and then presents a grid of number on top. To unlock the device, you drag your number over a specific portion of the photo and boom, you're unlocked. You can choose any photo, any number any any area of the photo you'd like, making this option uber secure. The number grid changes each time, so even if someone looks right at your device while you unlock it, they won't be able to discern your actually password. You can tap anywhere on the grid to move it so you don't necessarily need to hold right on your number to do the trick.

If you're running OS 10.2.1.1055 it's really worth trying out. Though it's not for everyone, it's a fun and totally secure way to keep you device safe and sound.

Simple poll for this one - if you're on 10.2.1.1055, are you using Picture Password? Yay or nay in the poll below then hit up the comments and let us know how it's working for you!