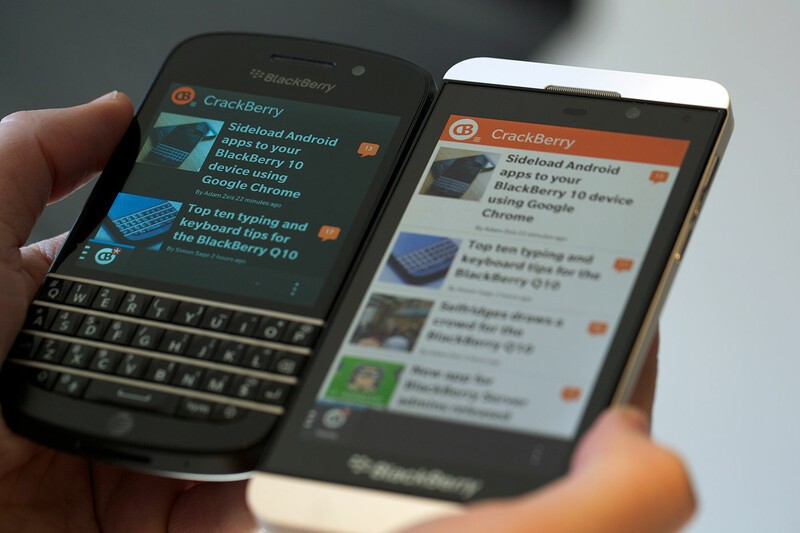 As I promised in the CrackBerry Forums a few weeks back, today I'm happy to announce we're inviting more BlackBerry 10 app developers to participate in the upkeep and development of our award-winning CB10 app.

With finite resources and a BIG to-do list on the apps front across all of our Mobile Nations properties, some of you have noted that CB10 hasn't been getting updated and progressing as fast as you'd like. After seeing a few developers express their wantingness to pitch in, we are making it happen! If you're a qualified BlackBerry 10 app developer (by qualified, I mean you've published BB10 apps before and know what you're doing) and are interested, keep reading for more details on how to get involved!

We've setup a private repository for the CB10 app on GitHub (for a variety of reasons, we're not just open sourcing the code). Developers that apply and get accepted as contributors will be given access to the repository. We'll be building out a development roadmap on a CB10 GitHub wiki page, but for now we've added a few bugs and small feature requests under the Issues tab to get things rolling. Developers will be able to fork the repository and work on their changes locally and when complete, submit a pull request to have them reviewed be our lead in-house app developer, Neil Sainsbury. Devs will also be able to submit their own ideas onto the roadmap, and can also assign themselves to different issues or features so we don't have multiple devs working on the same thing.

For access to the CB10 repository, interested developers can send an email to apps @ mobilenations.com (please use subject title CB10 App Developer on your email). Be sure to include your GitHub username and email address, and also send a link to your apps in BlackBerry World and a short paragraph on your app development experience and background.

In addition to my personal thanks and gratitude, we're also going to send lots of love and praise here on CrackBerry to developers who participate in the project. When we release updates that feature the work of volunteer developers, we'll make note of the contributors in those posts and what they did, and to be blunt - we'll pimp the heck out of their other apps here on CrackBerry which always goes a long way. :)

That's it!! Cheers to an updated and improved CB10 app!

May 2nd Update - We've already had a few developers reach out which is great to see! Scrolling through the comments this morning, I just wanted to address a few of the things I've been reading: - The notion to get developers from the community participating on a volunteer basis was suggested by developers who just wanted to help pitch in - this isn't CrackBerry looking for a hand out. As there is more than one developer wanting to help out, we needed a method for working with multiple devs handling the code where we can still ensure the overall quality of what's being submitted to BlackBerry World, which is why we're taking the GitHub private repository method. - I never said in the post that we're not also willing to compensate developers for their time and contributions. With a community project like this, we're looking for developers who are passionate about the project (making the CB10 app better!) and not just about making money first. That's how great communities work - look at all the awesome moderators and ambassadors we have on the team who volunteer lots of time to help make CrackBerry a better place. Most of the people who "work" for Mobile Nations today (even Adam and Bla1ze, Dan Rubino, Rene Ritchie, Phil Nickinson and many, many more) started out as volunteers on the site first. Heck, Windows Phone Central's awesome app was also made by a volunteer developer. Then when we see awesome passionate people in the community doing great things, we promote from there. I know at least some of the devs who have read this post and applied recognize the potential of getting involved.