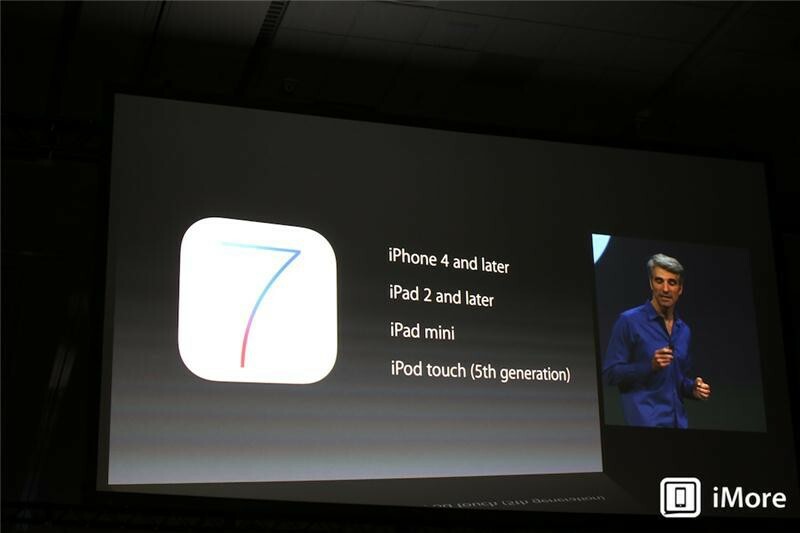 When I watched the unveiling of iOS7 in yesterday’s live stream of Apple’s World Wide Developer Conference I couldn’t help but notice that some of the new gestures seemed to be strikingly similar to those in BlackBerry 10. It’s easy to make a case that Apple’s latest mobile OS heavily borrows from the best of BlackBerry.

But none of that matters. The average iPhone customer doesn’t read enthusiast blogs on the topic, and probably doesn’t care if a feature is stolen from another platform. The simple truth is that everyone is going to copy useful features when it makes sense to do so. When Facebook announced “chat heads” it seemed to me that BlackBerry should borrow the idea and implement it in BBM.

So let’s not bother arguing over whether or not Apple copied BlackBerry (or Android, or anyone). Let’s assume they did. It’s logical for them to have done so anyway. And on top of any copying, it’s also clear that Apple added some of its own nice innovations. Airdrop support on the iPhone is a nice addition. Smart auto-organizing of the camera roll is a beautiful feature as is the ability to hover over photos and get a magnified pop-up view of the thumbnail.

Remember that I’m a BlackBerry user and fan. But I’m also a Mac and iPad user, and I’m a shareholder of both BlackBerry and Apple. I don’t let emotions get in the way of forming my opinions. And I think Apple did a brilliant job of making the iPhone even better than it already was.

People who buy BlackBerrys have historically said they buy them because of things like security, physical keyboards, incredible messaging capabilities and enterprise support. Some of these same people ended up abandoning the platform and joining Apple’s camp because iOS had more (and better) apps, integrated with their Macs better, and had a way cooler interface.

Since the launch of BlackBerry 10, I think the “cooler interface” argument disappeared. Even though I think iOS7 looks pretty darn amazing I don’t think the interface alone is a reason for people to leave BlackBerry behind. And I didn’t see anything about iOS7 that changes the enterprise story.

What I did see, that I think BlackBerry needs to pay attention to, is an improvement in security and messaging on iOS7.

The security point is a small one, but important. Users who lose their phone can make it so that the finder (or thief) can’t register the phone again unless the original owner’s iCloud credentials are provided. I don’t think this comes anywhere close to making the iPhone as secure as a BlackBerry, but it’s a smart feature and BlackBerry should do a little copying of its own here.

The messaging part is, in my view, a bit more threatening to BlackBerry in the consumer (non-enterprise) market. Apple’s native iOS email app has always been a weakness to the platform. Navigating and managing email has always been much easier on a BlackBerry. For a user like me, BlackBerry is still superior. Email is so important to me that the BlackBerry Hub wins me over all by itself. But I am not the market.  I am one person. I think there are a huge number of people who will see the changes that iOS brings to messaging and say to themselves, “That’s pretty nice. Good enough for me. I’m in.” Apple has redesigned its Mail app to provide faster navigation using swipe gestures and better email management. There is no hub. But with native multitasking it’s pretty quick to get to the mail app whenever you want.

In no way am I suggesting that email on an iPhone is better than BlackBerry. But I do think iOS7 gets Apple close enough for most people. Add to that actionable push notifications and I think Apple’s got some compelling stuff going on.

Obviously BlackBerry is not sitting still. We’ve just seen the release of OS 10.1 and we know 10.2 is coming. WWDC was not a game changer. It was just a very solid reminder that BlackBerry can’t rest. Yes, the new UI is great. But it has to keep getting even more great.

The BlackBerry of yesterday was far too dismissive of the competition, and the result was quite painful for shareholders. The BlackBerry of today, under Thorsten Heins’ leadership, appears to be much more proactive and forward thinking. We need to see this continue.

I’d like to suggest to BlackBerry that updates to BB10 should come along with excellent promotional material showing off all that’s new. If it takes an enthusiast blog to dig through the change logs or hunt through the OS to find the changes, it’s a fail. If the updates are obvious, stunning, and well presented with promotional videos, it’s a win.