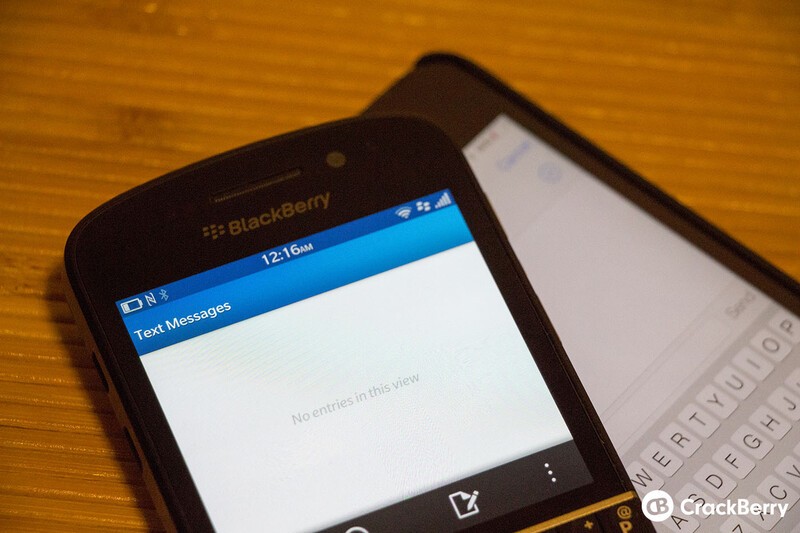 Alright. Yes, I was being a bit hyperbolic with that headline but there is a real issue that exists in iMessage that has been causing problems for a lot of users looking to switch away from iOS devices.

With many folks either returning to BlackBerry or picking up a BlackBerry 10 device for the first time, we've seen an increased amount of emails come in to the CrackBerry inbox concerning the problem so we figured we'd help spread the word.

So what is the issue? And what's the fix for it? Well, since it came into us via CrackBerry help line, jump below and check out the email from Matt which outlines it all and how to go about making sure it doesn't affect you.

Hey Kevin, I've been a BB user for the past 10 years and love the platform. Because I was bored with my 9930, I got an iPhone 5 just because. However, when I got my Q10 from Verizon on Monday, I noticed something really weird was happening - I wasn't receiving any texts from people with iPhones. After thinking a ton and researching I finally figured out what was happening. Because iMessages are transferred through Apple's servers, everyone's cell phone numbers are stored there so iPhones can decide whether to send a texts as an SMS or iMessage.

Because my number used to be registered as an iMessage number, the servers hadn't cleared me out yet and as of today, four days later, it still hasn't been removed. I called an Apple store and they said they can't remove me from the servers and Verizon didn't even know that this was what was causing the issue but the tech support rep said they've been inundated with people who've bought BB10 devices, among others, who are experiencing the issue.

Anyway, I wanted to shoot this over to you because I hadn't seen anything in the forums and wanted to bring it to your attention. I could see this being HUGE lawsuit material, especially for people like me who just returned a Q10 (I still have my Z10 as a backup) because of the issue...especially in the middle of a BB comeback.

Having had this issue myself and knowing Kevin also dealt with this, I can assure you there is a fix for it. It's actually quite a simple one in fact. Over at iMore they highlighted it and wrote up a good tutorial on it, so if you or anyone else is experiencing it, here's a fix.

That's it! A fairly easy fix but a bit bothersome that one still has to worry about it. Now unlike Matt, we wouldn't go so far as to say it's a huge lawsuit issue but it is indeed a bit concerning that folks who are supposed to know how to address this, seemingly don't and because of that, it's causing some returns on BlackBerry devices. That's not really cool at all. Have you or anyone you know been hit by this bug?