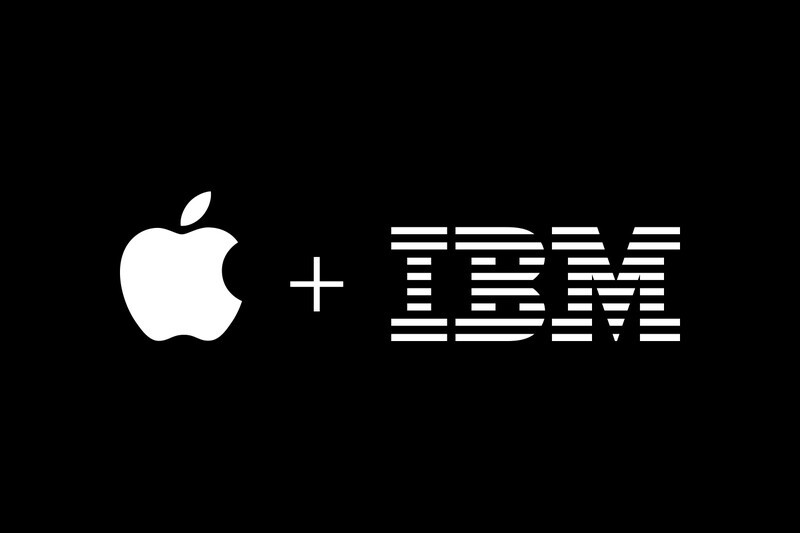 Yesterday IBM and Apple announced the start of a significant courtship that stands to forever change the landscape of enterprise mobility. In short, Apple and IBM launched an exclusive deal by which IBM will sell iPhones and iPads to its enterprise customer base, create iOS apps and services, and launch other cloud solutions including mobile device management (MDM).

That last bit … cloud hosted MDM … sounds a lot like it could be a major competitive threat to BlackBerry, right? That's how it's being represented across most of the media thus far. The street has reacted similarly as well, with BBRY shares trading down nearly 12% today. I don't think it's quite so cut and dry.

Yes, it represents a new competitive threat to anyone in the MDM space. But it's also a bit of a weird deal in terms of its effect on other players. For example, IBM owns Fiberlink who is in the MDM market already with a cross platform solution.

The press release about this deal says it is exclusive. But what aspects of it are exclusive? Will IBM totally drop support for any other hardware platforms? Will they be restricted from releasing any apps for BlackBerry, Windows Phone and Android? Perhaps the exclusive part is Apple agreeing not to let other competitors sell iOS devices into the enterprise? After all, IBM looks to be doing most of the actual work. They're creating new apps and new services, and it is their sales team doing the selling. I assume Apple has to be giving up some of the margin on device sales, and since these devices are easy to sell IBM is getting easy margin dollars in return from their effort.

So what about BlackBerry? They are currently the leader in the MDM market, and this IBM deal isn't likely to change much in the next 12 months. BlackBerry is already working with IBM and others in the MDM arena. All we have here is an announcement of things to come, not the actual results of all the hard work. But I do think that this Apple/IBM deal is a big signal that the two computing giants have picked each other as dance partners, and other deals are likely to happen as a result. Google and Microsoft are the most likely giants, in my opinion, to make a move to compete with the Apple/IBM news.

Several months ago BlackBerry put itself up for sale and, judging from the outcome, there was no known serious interest. But here we are now with big things happening in the MDM market. A giant flashlight is now shining on the space, and it happens to be one where BlackBerry has the #1 market share. If you are Microsoft or Google I have to think your interest in some sort of richer BlackBerry partnership just went up, at least to solidify the MDM and security aspects of the business.

I think the race just heated up, and BlackBerry may end up having to form a deep partnership with another (much larger) company, assuming they're not already working on something like that. Depending on how it works out, the outcome could be very good for shareholders and customers.

Remember - every customer wants to feel that their provider will be around and stay competitive for the long term. The Apple/IBM deal will certainly cause customers to think more carefully about their plans, and I believe this will inevitably lead to a joint venture deal or takeover involving our market share leading friends in Waterloo. But, that's thinking ahead and not in sight yet.

As for how BlackBerry feels about the Apple/IBM deal, an emailed statement to the Financial Post notes it "only underscores the ongoing need for secure end-to-end enterprise mobility solutions like those BlackBerry has delivered for years." Adding that, BlackBerry is the "clear leader" in this market and "enterprises should think twice about relying on any solution built on the foundation of a consumer technology that lacks the proven security benefits that BlackBerry has always delivered,"

One might even be able to get away with saying BlackBerry saw this coming giving the timing of one of their recent #BBFactCheck's - BlackBerry 10 v. Apple iOS 8: Who packs a punch for enterprises?