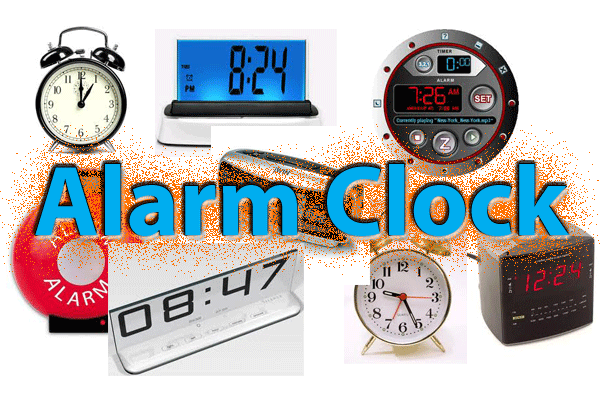 I admit it; I don't like to get up in the morning. I once accused a friend of lying about the existence of 5:00 a.m. I have even been known to set upwards of four alarms to make sure I get up on time. The alarm on my BlackBerry works just fine, but I need more. I need multiple alarms to wake me up.

Alarm Clock fulfills that need and so much more. An infinite number of alarms and alarm profiles allow me to completely customize when, how, and how often my alarm will sound. And gives me control over just how long that snooze will last.


You'd think an alarm clock application would be a simple one to develop. Not so. Small details can end up causing big problems. I've run across alarm apps that improperly delete alarms and apps that I could create but a handful of alarms. I once paid for an alarm app that would fail to play the alert sound - making it useless as an alarm clock.

Alarm Clock suffers from none of these problems. You can create as many alarms as you need. Alarm clock can play any music or ringtone file you have as its alert sound. Most importantly (to me), alarms that have passed are disabled, not deleted. Meaning I can edit them again and again.

Using Notification profiles, each alert can be fully customized. The profiles give you the ability to set a new alert sound for every alarm. But you could also set up a notification for groups of similar alarms. Say, for example, each of your alerts for bills (car, mortgage, etc.) could make a "cha-ching" noise while the LED flashes green. In addition to alert sounds, you can set the LED color; vibration on/off and pattern; and the volume.

After creating a new alarm, a whole host of other options appears. Of course, there is the section to actually set a date and time for the alarm. You can also set the length of the snooze time - the time until the alarm sounds again after pressing snooze.

Alarm Clock handles recurring alarms quite well. You can set alarms for every Tuesday at the appointed time. Or every Tuesday, Friday, and Sunday. Or the 3rd Monday in the Month, etc. An infinite variation of recurrences means you really can set it and forget it.

But these are simply minor complaints about a product that lives up to its name. Alarm Clock will wake you up in the morning, remind you to when to take medications, warn about bill payments - anything you set it to do. Though it has a simple name, this application is anything but.

Rating 4.5 out of 5
More Information and Download of Alarm Clock
They say it's for science