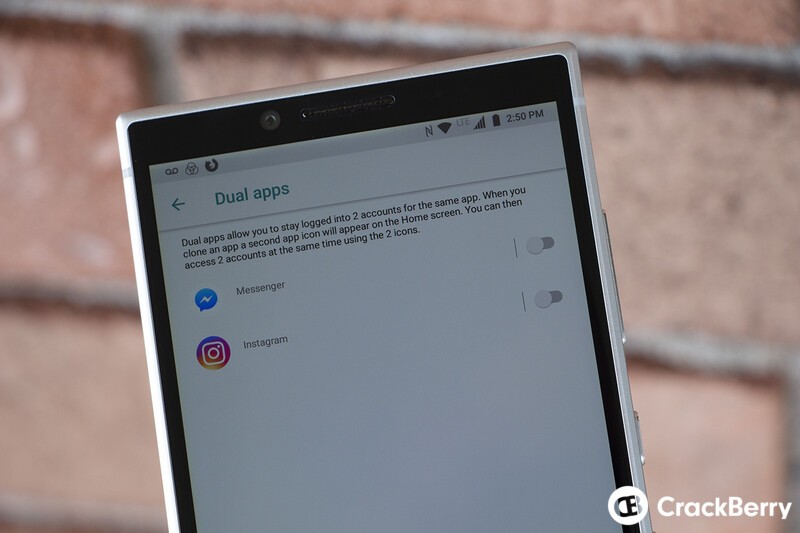 When the BlackBerry KEY2 LE was introduced, it brought along with app cloning support for Instagram, Facebook Messenger, Whatsapp, and WeChat. Now, as part of the October update rolling out (ABI067), that feature has arrived for BlackBerry KEY2 owners.

How to clone apps on the BlackBerry KEY2

As with the KEY2 LE, some apps that can be cloned, such as WhatsApp and WeChat, may not work unless you have a dual-SIM device but the feature is there for you to try out and it's a great way to keep your personal and professional accounts separated with little hassle.