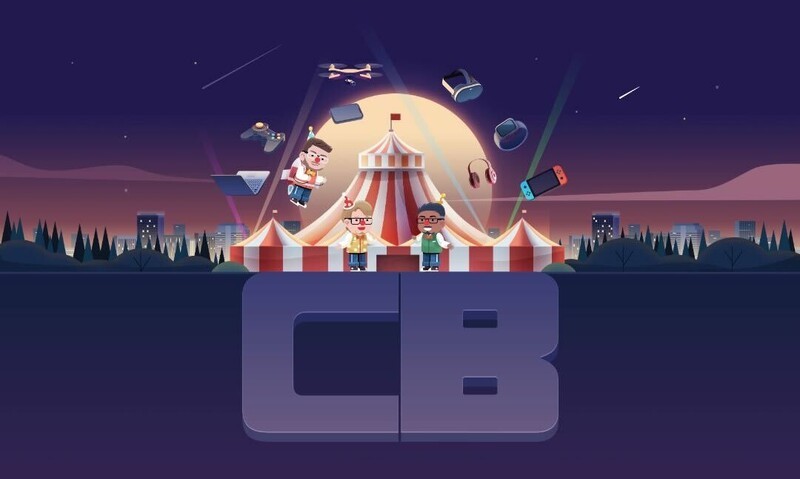 It's been three weeks of fun here on CrackBerry.com. I hope you've been enjoying the CrackBerry relaunch so far.

Before the holidays hit, I wanted to re-cap some of that fun, provide some updates, and get your feedback on how we're doing. Be sure to read through to the end, as I want your thoughts on our adapted vision for CrackBerry.

Our Top 22 Favorite Tech Things of 2022 Contest has been a blast to write. To move the site beyond BlackBerry, we had to do just that, and this has given us a premise to write about a bunch of things. Given the personalized nature of these write-ups, they've been both fun to write and fun to read, and you know they're coming from real people who are only talking about products they have STRONG feelings about. I think we might be onto something here. More on that in the feedback section below.

In the meantime, be sure to enter for your chance to win a $2022 Tech Shopping Spree by entering the contest. Just visit each of the articles in our Top 22 and drop a comment on it (3 entries to win), and then leave the "secret code" of the day in the widget box at the bottom of each post (22 entries to win!). That'll get you a lot of entries for not a lot of work.

I had a feeling that our exclusive on the Punkt MC01 Legend and AphyOS would perk up the ears thumbs of our greater CrackBerry community, but it made for a much BIGGER reaction than I ever expected. Wow!

There's a desire for a proper BlackBerry successor to be born - one that's not just another keyboard phone on Google Android, but rather a smartphone that features an OS and user experience that's built upon the same pillars of privacy and security that the BlackBerry OS was known for.

Following the Punkt MC01 Legend story, I directly connected with the Apostrophy team on a call yesterday to learn more about their plans for AphyOS. It turns out I already knew one of the members of the leadership team that is driving this initiative forward.

We're both going to be at CES in January, so the plan is to meet there to get a deeper dive and hands-on look into what AphyOS is all about. Given the people involved in the project, I'm increasingly getting optimistic that what's being brought forward here will be worth getting excited about.

At the moment, Apostrophy has a basic website up at Aphy.io where you can register to be on their mailing list to receive news updates when they have them. They also have a contact page encouraging potential Investors, OEMs / Partners, and Developers to get in touch. If you fit that description and are going to be at CES, it might be worth hitting them up!

Given the exciting start of this story, I hope we can get some meaningful updates at CES. 🤞

It's almost time for a CrackBerry Podcast

I was hoping we'd record a year-end CrackBerry Podcast this week featuring my original CrackBerry Podcast co-host Craig Johnston! OG CrackBerry listeners will remember Craig's oh-so-smooth voice and his wisdom on everything security-related. Due to a sudden death in the family, though, we've had to postpone this.

At the moment, the game plan will now be for us to hopefully shoot some videos and record some CrackBerry podcasts when the team is on location in Las Vegas for CES. From there, we'll schedule a proper CrackBerry 2.0 podcast.

It's been really fun and interesting for me to watch CrackBerry these past few weeks. As I've seen the articles go up and the topics that seem to resonate and drive engagement and traffic, it's further clarified in my mind what our CrackBerry 2.0 mission and community should be about.

While I love the personalized product reviews we've been putting out for our year-end Top 22 Favorite Tech Things of 2022 feature, I think this type of ongoing content regularly might better live under a separate brand than CrackBerry (I have some further ideas/thoughts on that which I'll keep to myself for now!).

For CrackBerry, given where we came from in our BlackBerry days, it's clear there's still a large niche of people out there who really care about current BlackBerry-adjacent things. Be it phones with keyboards, mobile operating systems that are not Google Android or Apple, or other products and services that put privacy, security, and personal data ownership as a top priority.

For CrackBerry to cover all the tech things in a CrackBerry Tech Circus fashion is maybe too BROAD a mission to chew. It might be less exciting than just playing with NEW TECH AND GADGETS. Still, I think it's becoming increasingly clear to me that CrackBerry and CBK's new mission needs to be to build up its expertise around all of these BB-adjacent topics and bring them to a more mainstream audience in a way that's (hopefully) fun and easy to understand and becomes something to get excited about, especially when cool news or new things come to market.

The reality is that often when you talk about privacy or security or data ownership or topics like De-Googling (and why you may care even to do that), the content I've come across reads too complicated and/or too boring. It's snoozefest time, even though the substance is important.

I think there's a version of CrackBerry ahead of us that can tackle these things in a way where they're not boring at all, and we aim to make it easy on the reader - to both understand and hopefully implement. And I hope we can build back an engaged community around that.

I sense that there's a trend emerging where people are beginning to want to take back for themselves what's been given up to big tech on big tech's terms, and that's where I think CrackBerry can plant its flag and take a stand. We fight for the USER!

So what do you think? I think it makes sense to make that our core mission and vision. And as CrackBerry has been known to do in the past, we permit ourselves to occasionally get distracted with some Circus-like sideshow things from time to time for shits and giggles. But at least we have clarity around what the main show is all about.

When I blogged daily, I always did my From the Editor's Desk post weekly. No promises just yet that's what will happen going forward, but writing this feels good. Tell me to keep them coming, and I will!

In the meantime, I'm going to enjoy the holidays and try to rest up and stay healthy as 2023 and the craziness of CES is just around the corner and we're looking forward to starting the CrackBerry New Year right by hitting Vegas hard!

Have a great holiday season!

Disclosure Update: As of January 26, 2023, Kevin Michaluk became an investor and advisor in Apostrophy AG