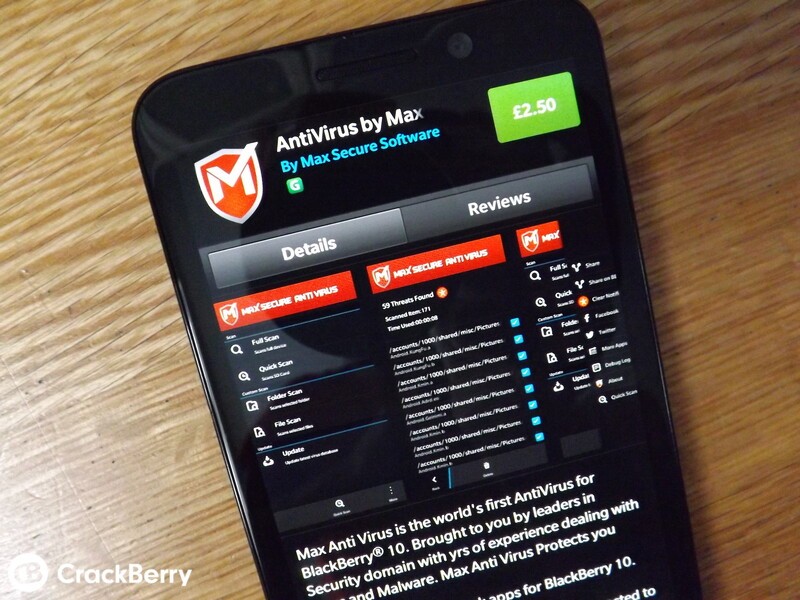 While I suspect that many BlackBerry 10 users will currently be more than happy with the awesome level of security their device gives them, this app will give you some extra reassurance when downloading Android apps/games.

With the amount of Android applications now running on BlackBerry 10 and with this set to increase when the Amazon Appstore arrives in BlackBerry World, the level of threat is clearly going to increase. Whether you feel you need an added level of security is up to you of course, but for $3.99 the budget friendly scanner won't break the bank.

Above BlackBerry Guardian, Antivirus by Max Secure ensures the safety of files and the cloud to avoid malware infection on any other device.

"With the increased amount of demand for Android apps on the BlackBerry ecosystem, a reliable 3rd party AntiVirus solution makes sense for enhanced protection for both consumers and enterprises," Sanjay Pradhan the CEO of Max Secure Software. Apart from English, the app has also got localized for Indonesia in Bahasa and in French.