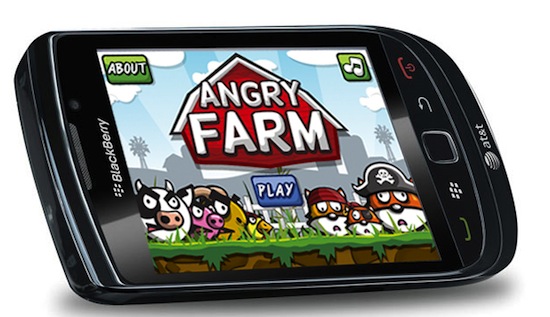 Angry farm has taken off since its release just a few weeks back. It has had great success with BlackBerry users and after some feedback has received its first update. The new version (v1.1) features 10 new levels to bring to the total to 40, fine tuning of levels including an easier to complete level 6, many performance enhancements and bug fixes. If you haven't had a chance to play Angry Farm yet you really are missing out. It's tons of fun and while it's not nearly as smooth to play as Angry Birds on the iPhone or Android, it's unfortunately the best (and only option) we have on BlackBerry for the time being. You can grab the full version for just $4.99 from the CrackBerry App Store.