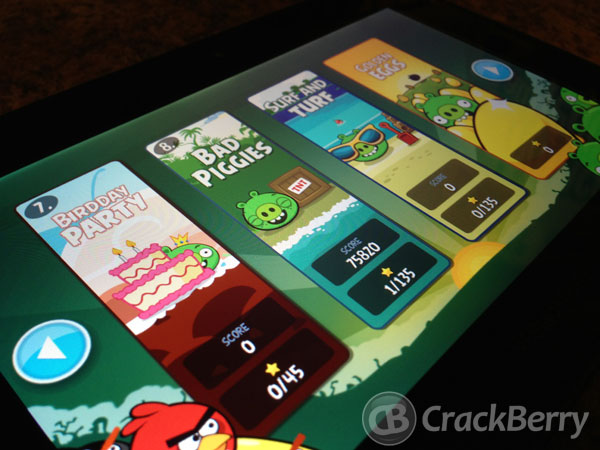 If you're sitting around with nothing to do on a Friday night, you may want to open up App World on your BlackBerry PlayBook as Rovio has pushed out an update to the Angry Birds franchise. The latest update for Angry Birds brings the game up to version 2.3.


The Bad Piggies don't just have a new game – now they've taken over Angry Birds with 15 of the PIGGEST levels ever!

So why wait for Rovio to bring the full Bad Piggies game to the BlackBerry PlayBook? Download the update for Angry Birds and get in on the action now! If you haven't purchased Angry Birds yet I recommend doing so; it's available in BlackBerry App World for $4.99.