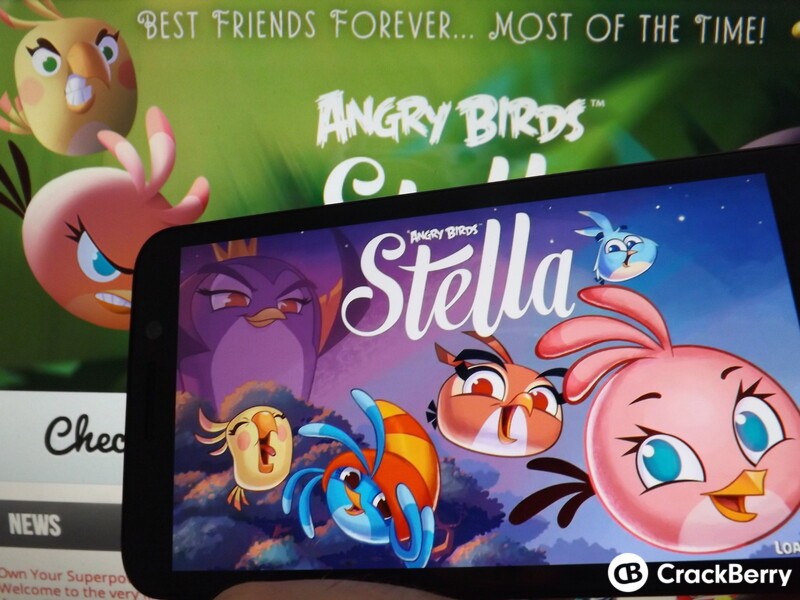 Hot off the press - the latest offering from Rovio is now in BlackBerry World so you Angry Birds addicts can enjoy the new saga, this time with Stella. I've not had the chance to play it as of yet so watch out for our review in the coming days. I think it's safe to say this one will be kick-ass though!

What's also rather impressive is that we've received the BlackBerry 10 edition the same time as our friends on iOS and Android.

Join Stella and her super adventurous friends in a quest to protect Golden Island from the greedy Bad Princess and her clueless piggies! Meet this fierce new bunch, master their amazing superpowers and play over 120 action-packed levels!

Stella has teamed up with Dahlia, Poppy, Willow and Luca – the newest flock on the block! These fearless pals have a strong bond but even stronger personalities. You could even say they're best friends forever... most of the time.

But now these brave birds need to pull together and fight to save the island from Gale, the Bad Princess who's stolen their scrapbook and is destroying their magical home. It's an all-new physics-based slingshot adventure – get ready to get fierce!