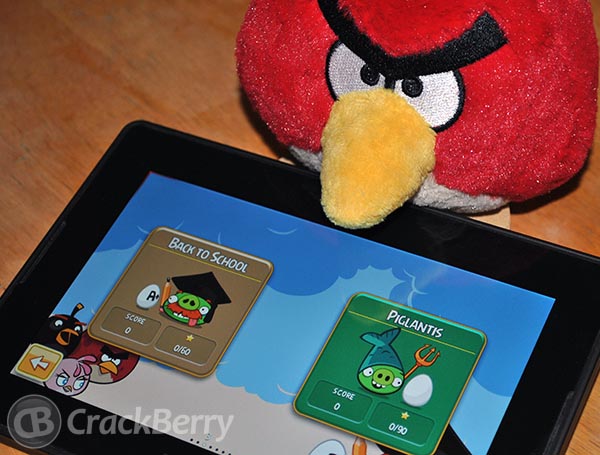 It's been a few months since we last saw an update to Angry Birds Seasons for the BlackBerry PlayBook, but the day has come and v2.6 is now available to download! In the update you will find not only a new pink bird, but Rovio has also added in two more levels for your bird flinging pleasures. The first is Piglantis with some interesting twists involving water, and the second is Back To School with all the elements you remember from the schoolyard and classroom. The new levels join the other Seasons levels which include Christmas, Halloween, Valentine's Day, St. Patrick's Day, Moon Festival and more!

If you don't already own Angry Birds Seasons, you can pick it up for your BlackBerry PlayBook for $4.99 in BlackBerry App World at the link below!