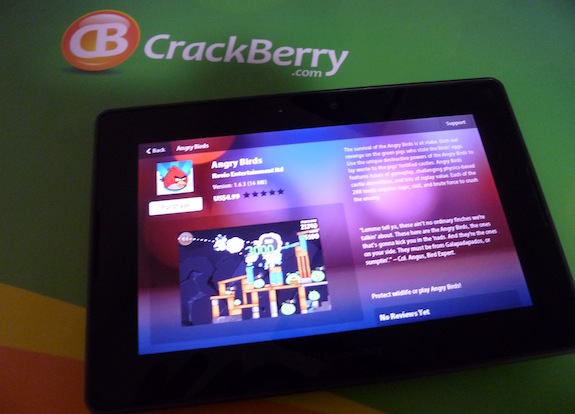 You can take your pick of the original Angry Birds, Angry Birds Seasons and Angry Birds Rio. The cost on each one is $4.99, and I'm guessing all three will soon be topping the best sellers list in App World. If you want to take a closer look before you buy, be sure to check out our Angry Birds for BlackBerry Review.

Hit the links below to download and officially get your Angry Birds for BlackBerry on.