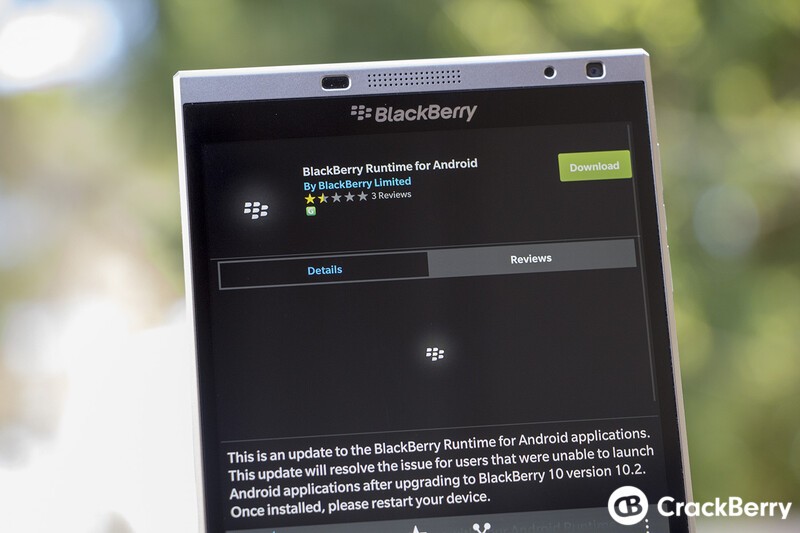 If you've been experiencing issues with the Android Runtime since OS 10.3.2.2876 was released which introduced a pretty weird bug to the system, you now have an official means of correcting it. Rather than waiting for the release of 10.3.3, BlackBerry has for what I believe is only the second time, published a new update to the Android Runtime through BlackBerry World that will correct following.

Updating the Android Runtime is easy, you just simply have to click on the URL leading to the update and install it from there. It must be done from your BlackBerry 10 browser and it must not be in Desktop Mode or the update will not show. Once updated, you will have to restart your device in order for the updated Runtime to work properly. Although it's noted in the description, its worth mentioning again. If you're NOT having any issues with the Android Runtime, you don't really need to download this.