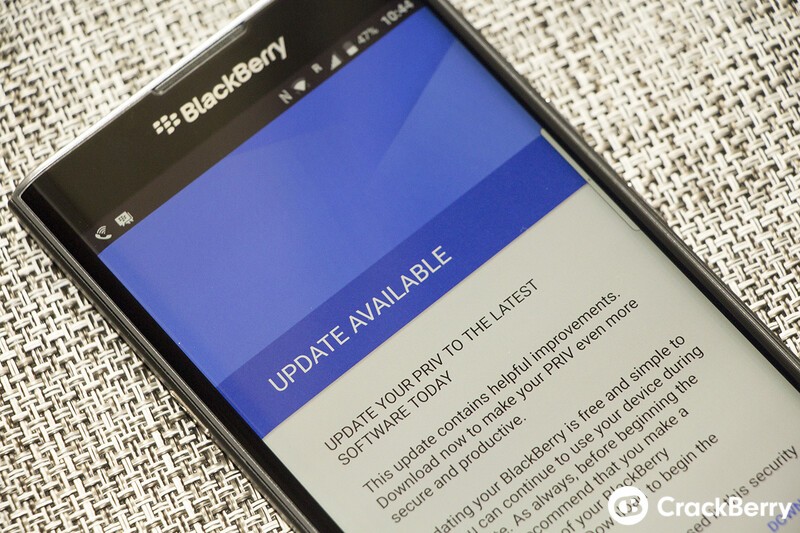 The Android Marshmallow beta updates are still coming and today a new beta update has been released for the BlackBerry Priv. This is now the seventh beta update to be released and as has been the case with previous roll outs, it is not available for all users.

If you have an eligible device for the beta update, you may have already seen the prompt to update. If not, you can manually check by going to Settings->About Phone->System Updates. The file size isn't big this time around, it's only around 97.3MB though some users have said the update still takes a bit of time to complete. Remember if you do run into any problems while using the beta OS take a report to help iron bugs for future updates.