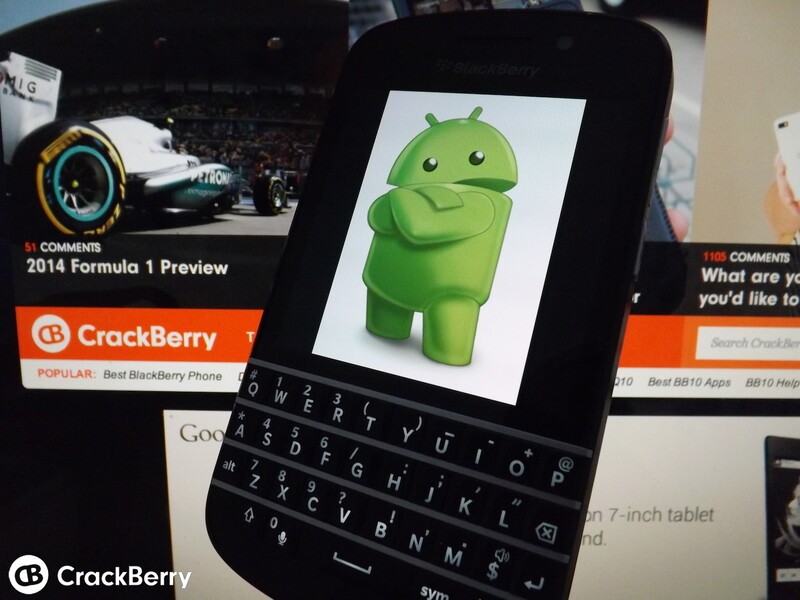 I'm sure you've seen that since BlackBerry 10.2.1 hit the scene we've decided to feature a few more Android apps and games that were not previously available to us. I've also noticed in both the post comments and in the CrackBerry forums that some of you aren't too happy about this — and we get that.

Whilst everyone is entitled to their own opinion, I'm slightly baffled as to why you wouldn't want to know about a great game/app that runs on BlackBerry 10, even if it's Android. We've had Android ports running on BB10 for some time, but it's only been since 10.2.1 was released that I've noticed the negative remarks.

Sure, using the likes of Snap, the Amazon Appstore or APK Train may not be ideal for some users as traditionally we are all loyal and want to download our apps from BlackBerry World. But the fact of the matter is that if we find a great game/app that happens to be an Android one, but runs beautifully on BlackBerry 10, surely it's our job to let you know?

Without me wanting to sound like I'm having a rant, I don't remember many folk complaining when they were at last able to install the likes of Instagram or Vine onto their BlackBerry 10 smartphones. So why the negativity now?

BlackBerry making the decision to allow Android APK's more accessible to us has to be a good thing, right? Sure, I'd prefer to grab an app or game from BlackBerry World rather than one of the alternatives but currently that's just how it is. And if there is still some way I can get a function app on my device — even if it's not right from BlackBerry World — I'm going for it.

I've seen plenty of comments along the lines of "If I want to find out about Android apps I can go to Android Central." And although that is without doubt the best place for everything Android, they are not going to tell you if the app is BlackBerry 10 compatible or where to download it from — that's still our job.

Also, If it was easy for us to supply you with a direct download link for the specific APK in question we would, however doing that is a real pain in the butt as it currently stands. I'm a big fan of using Snap, even though you will initially need to sideload it (which some users may not want to do). The beauty here is that Snap will tell you when there is a newer version of the app available, and we all want the latest editions, don't we?

Summing up — the whole Android thing isn't perfect, but it works. Don't worry, we're not going to bombard you with a ton of Android game posts unless they are truly awesome and beneficial to the CrackBerry nation. If you have suggestions of what you would or wouldn't like to see here, or how we can better present the Android apps (roundups, weekly posts, etc) drop a comment and let us know!