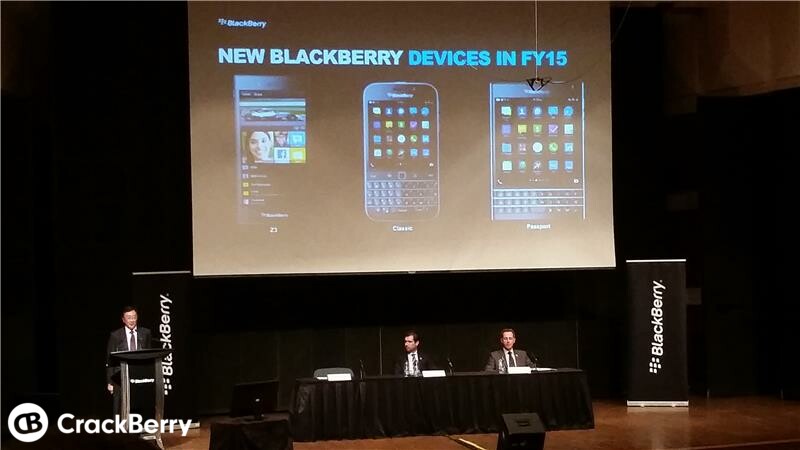 John Chen seems to be exactly the dose of medicine that BlackBerry needed to get things moving in the right direction again. He's only been CEO for about 7 months but his mark is everywhere, and I mean that in a good way. If you don't have time to read all the details let me just say this: BlackBerry has gone from being a company that I thought might not have enough cash to stay alive to seeing some light at the end of the tunnel. If enough enterprise customers start to realize that BlackBerry will continue to be around as the trusted leader in enterprise mobility management, then I think the company's future looks a whole lot better.

I think we all have to realize that BlackBerry isn't in the running to compete (on volume) with Apple, Samsung or even (at least for now) Microsoft's hardware numbers. But there are still groups of enterprises that prefer the security and reliability that BlackBerry offers, and the company is expanding with BBM services to reach consumers and enterprise users who aren't using BlackBerry hardware. There is a definite opportunity here even if we must concede global defeat in the device market.

While it's nice to see the cash burn decline, it's still a run rate of a billion dollars per year, so for the company to get to cash flow break-even they have to add almost a billion dollars of gross profit to the annual figure. If most of what they add is extremely high margin service revenue then it will be easier. They also have a bit of a buffer built-in because some of the hefty fees they've been paying because of IP licensing deals will go away soon. That will create an immediate improvement in cash flow. For example, out of the $255 million cash burn this quarter a whopping $142 million came from purchases of intangible assets (mostly IP). That's the line item that should dry up a lot this year.

All things considered it seems like BlackBerry is now on a much more solid financial footing and has a hefty rollout schedule heading through the fall. They confirmed that the devices business will be profitable at 10 million units per year. If BlackBerry 7 drops to zero they'll need about a 50% lift in BlackBerry 10 units sales to reach this target. Given the new focus on lower cost products like Jakarta, they should be able to do this (or really … they'd have no business being in the hardware game at all.)

Way to go BlackBerry. The stock is up almost 12% so far today and it's a well deserved rally.