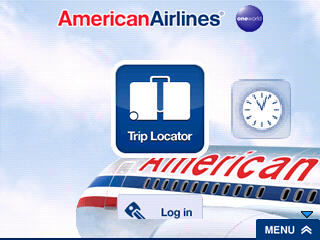 American Airlines has officially announced the release of their BlackBerry application today, which is aimed to help users flying their airline have a much better experience and give them all the information they need while on the go. Whether a frequent flyer, or an occassional traveler, navigating airports while trying to keep informed about the status of your flight, your departure gate, and whatever else is going on can be a daunting task, but now American Airlines users can stay informed of all of this while on the go, all from their BlackBerry devices. This free application is available for BlackBerry devices running OS5 and OS6, and while it doesn't show official support for the BlackBerry Storm, it will work on the device.