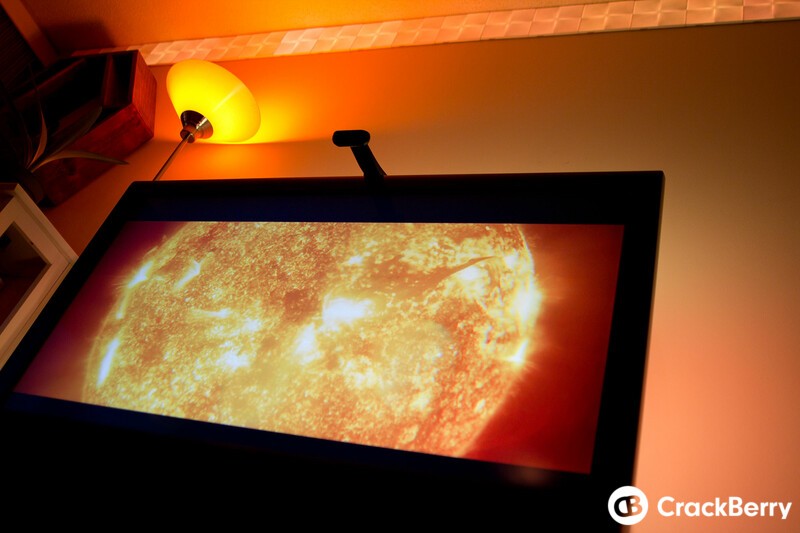 It started off innocently enough. "Oh, it's just a Kickstarter for these LEDs you slap on the back of your TV that reproduce the colors of whatever's playing. Neat." Then I stumbled on a third-party app that let me do the same thing with the Philips Hue light bulbs I had just installed around my living room. It was all downhill from there.

Now, whenever I watch a show or play a game, I expect to be fully immersed in the action. If my documentary took me deep into the Brazilian rainforest, my whole living room has to be awash in lush greens. The next time I am hit with a flashbang in a shooter game, my whole living room must light up in deafening white to accompany the high-pitched ringing. Anything less than this kind of treatment is now a substandard night in front of the screen.

A bunch of smart lights have stepped up to the plate to do this. Govee has been one of the latest contenders, but my favorite to date has been Nanoleaf. Smooth color transitions and an excellent interface in its apps have made it a great experience for ambient TV lighting. If you've spent any time watching Twitch streams, you've likely seen a few of Nanoleaf's LED wall tiles blinking away in the background. Some folks like to arrange modular tiles in funky layouts, but I prefer keeping things simple.

Above my TV, I've got a row of square Nanoleaf Canvas tiles stretched right by the ceiling as a kind of digital crown molding. By my desk are two rows of their triangular Shapes tiles, coming down at a rakish angle. Nanoleaf excels at scalability; you can start small and tack on more tiles whenever you like.

Where the magic happens

It's worth running through the desktop app to see what the fuss is about. For starters, it has all of the controls you'd look for on the mobile side. You can load static, animated, and musical light recipes onto individual lights or groups. You can quickly access the scenes that have already been loaded into the lights or peruse everything shared online to extend your collection. The Entertainment tab is where you manage TV sync.

Here you can add which lights to sync up to the on-screen action and indicate which areas they're mirroring. You can easily make associations by dragging icons representing each light to different parts of the dummy screen in the app. Each light can be rotated and scaled too, which can be helpful when some lights are in front of you, and others are behind.

This interface helps me keep my row of Canvas tiles centered with the TV for those times I have the true 1:1 mirroring enabled. This 4D mode can be a little excessive, and depending on what you're watching, it can put you on a trip to Seizureville. Pixels change so quickly on a screen that having your whole living room blinking trying to keep up can be more distracting than entertaining.

Luckily Nanoleaf has three other modes that are much easier on the eyes. Tranquility mode transitions between color changes one light tile at a time, while Flow changes them all at once. Chameleon perpetually twinkles whatever dominant colors are on screen at the time. This range of sharpness helps me settle into whatever I'm watching without being utterly gobsmacked by what's happening beyond the screen.

Once you starting using the Nanoleaf, you'll disgusted by anything less than full-room lighting immersion forever.

Before you ask, my PC doesn't suffer any noticeable performance dips from having the Nanoleaf app scan the on-screen activity. I've had three different apps running simultaneously doing the same thing for their respective lights before and have never had an issue. The desktop app was a little janky when I started using it, but Nanoleaf has shown an ability to support their products and squash bugs over the long term.

Though Nanoleaf is my favorite brand in the smart lighting ecosystem, I enjoy multiple kinds of lights, all operating in tandem. The only reason to tie yourself to one is to minimize management overhead. However you tackle it, just remember that the second you set this up and watch your first show with screen mirroring, you will be disgusted by anything less than full-room lighting immersion for the rest of your life.

Okay, but what about as normal lights?

Yeah, Nanoleaf lights work as more than just a backdrop for your TV. You can put on a gently flickering dark yellow for a chill vibe as easily as ostentatious neons. Nanoleaf is best known for its wall tiles, but they do have some bulbs and light strips. That said, I'm less impressed with the performance of their Essentials lineup, namely because they don't connect to Google Home while the tiles connect fine. The maximum brightness on Nanoleaf tiles doesn't get quite as high as Govee, but odds are you won't be using wall tiles for a complete light solution.

Music sync is a standard feature on smart lights now, and Nanoleaf is all aboard. Assuming you're fine with a few more internet-connected microphones in the house, this can be a fun way to liven up impromptu naked dancing around the house. Hardware controls allow music, brightness, and mode selection when you don't feel futzing with your phone.