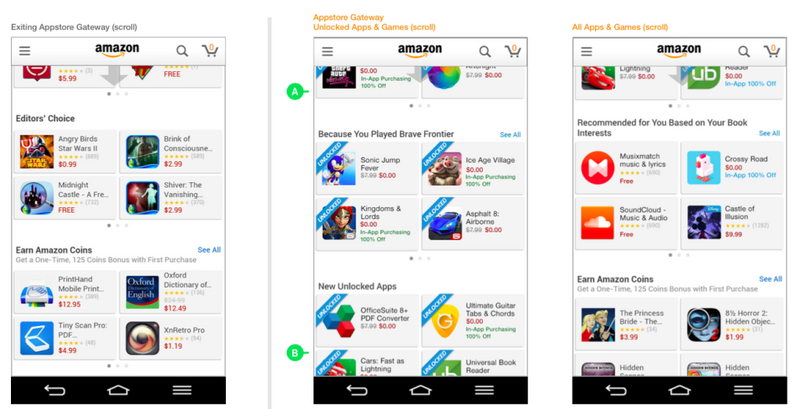 According to slides obtained by TechCrunch Amazon is working on a new way to entice more downloads through the Amazon Appstore. The new program, called 'Unlocked', will apparently allow users to download paid apps and in-app purchases free of charge for various large name apps and games. Among the developers shown participating in the program are Sega America, who has Sonic Dash in various screens of the advertisement as well as UsTwo developer Monument Valley.

Details about the program are limited at this point, but from the information shown it will work in a simple fashion. Amazon is said to have an 'Unlocked' section showcasing the apps that are free or contain free content in them, and will recommend other content based on downloads. Amazon is no stranger to giving away apps; they have given one app a day away since the launch in 2011 and currently have an app promo running right now, but this move is much larger scale.

Developers will have the option to take part in the program or not, and once a developer leaves the in-app content becomes paid again. With over 400,000 apps in the Appstore Amazon is looking to draw business from the competitors, and gain some traction.