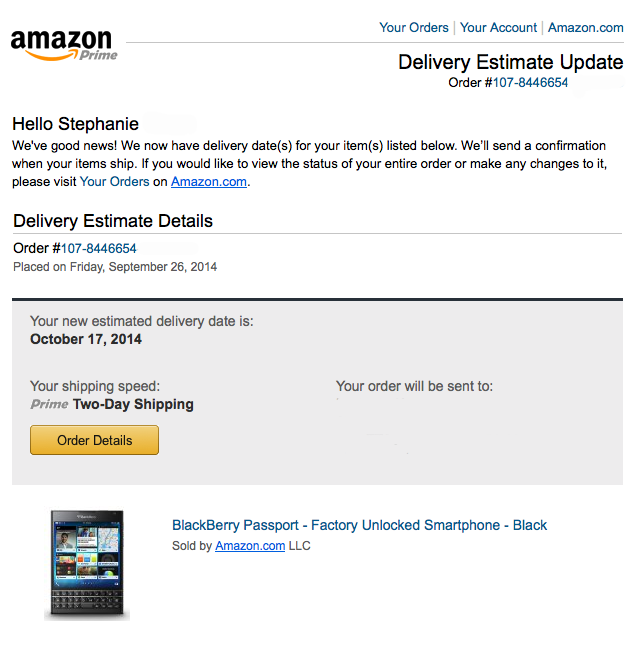 Have you ordered a BlackBerry Passport from Amazon and been waiting for it to ship? If so, you'll want to keep an eye on your inbox for a status update from Amazon. The company has now sent out several emails letting customers know their orders have been processed along with letting them know their new delivery estimates.

According to the emails we've received, if you placed your order on or around September 26th, your Passport should now be showing a delivery date somewhere between October 17th and October 20th, depending on which shipping options you chose of course. Those dates are seemingly a little better than what has been coming from ShopBlackBerry, where emails sent out from there indicate shipments won't be sent out until October 29th.

The BlackBerry Passport sold out within the first six hours of being available on ShopBlackBerry and in total, over 200,000 units were ordered across ShopBlackBerry and Amazon. Since then, many have been waiting for stock to replenished. Have you received updated shipping info? If so, drop a comment below.