It was about three or four years ago when my wife and I decided to finally get rid of our landline. We weren't really using it anymore — it was mostly an emergency backup, and a great way for solicitors to bug us. (That it occasionally made phantom 911 calls in the middle of the night was another impetus.)

This presented a problem, though. Our kids ride the bus home, and family members pick them up there. But what happens if for some reason nobody shows? The kids need a way to call their parents.

I had a brief flirtation with Google Hangouts for this. But it was clunky at best, and now is a nonstarter, since Hangouts is dying. And so this is how our eldest daughter got "her" first phone way earlier than I would have liked.

This is also why I'm ridiculously excited about Amazon's recent announcements. Let's start with the more important of the two.

But first ... a word on your contacts

When you first set up Alexa calling you have to give the app access to your contacts. Don't do that without some hesitation. You're giving Amazon the ability to see every person in your contact list. Same goes for anyone who has you in their contact list.

That in and of itself isn't evil, but it's poor implementation. I have at least one person in my Alexa contacts now who I had to look up. They'd emailed me for an Android Central thing back in 2012. And now I have their phone number and the ability to call their Amazon devices wherever they may be? That's ridiculous.

Amazon must (and I'm sure will) add granular controls as to who is allowed to contact you through Alexa calling. And it needs to do it ASAP. 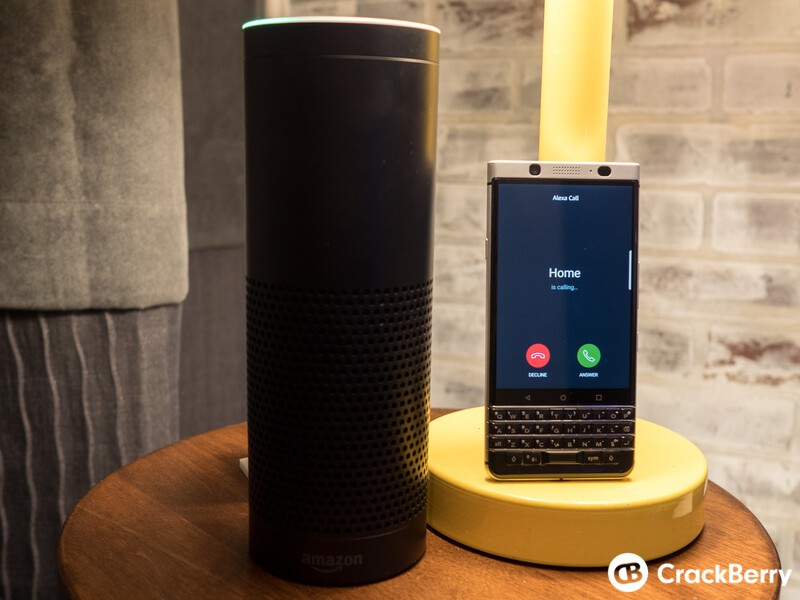 If you have young kids or aging parents, Alexa calling and an Echo Dot is a no-brainer.

What I really needed was a way for my kids to be able to call their parents without needing a phone. The new calling (and messaging) feature in the Alexa app makes this a reality.

Setup was super simple. You'll need the Alexa app, (available for Android and on iOS — and of course on Amazon's Fire tablets) and you'll need to give it access to your contacts. Once you do that it'll match the peeps in your phone with the peeps who own an Echo. (There's a pitfall here, but we'll get to that in a second.)

And that's it. Once that's done you can call anyone in your Alexa contacts. And when you do so it'll ring their mobile devices and any Echo devices. If you don't want to have a live call, you can just leave a voice message, or send a basic text message through the Alexa app.

Don't mistake these for regular phone calls and SMS messages — they're not. But that matters less and less these days. So long as the meaning gets through, who cares what the mechanism is?

And my kids aren't the only ones who are going to take advantage of this. My grandparents are 90 and still ridiculously awesome. (One's on an iPhone, and the other on Android. Along the same lines as my wife and I, now that I think about it.) But smartphones at 90 aren't necessarily as easy as smartphones at 40. Simpler is better, especially if an emergency happens. And is there really anything more simple than a $50 Echo Dot that can call me in mere seconds?

For young kids and aging relatives, this is a game-changer.

The other major announcement from Amazon was Echo Show — an Echo with a touchscreen and a camera. That's a big deal, too, for a few reasons.

All this connected stuff at home is great. But we've yet to see a proper visual hub that could finally tie it all together. Sure, there are DIY smart mirrors, and Apple TV and Android TV have the potential to serve as display hubs. But none of that has really happened yet.

A home hub display and cross-platform video calls will be a BIG deal for a lot of people.

And none of them has the Skills that Alexa has. That is, Alexa is the endpoint for thousands and thousands of APIs for so many services. A visual hub makes so much sense here.

It's also a big deal for video calls. While Apple's FaceTime has always been excellent for this, it's limited to someone having an Apple device nearby. Same for any other video chat service. Mobile devices are, by definition, mobile. But video calls on a home hub mean it's always there, and always available, for everyone.

I'm less bullish on the "Drop-in" calls — wherein someone — after you've granted them access — can literally drop in on you with a video call, basically saving them the trouble of accepting the call themselves. (They'll still have the option to reject it, though.) But I'll just have to wait and see how well that actually works.

And Echo Show will do more traditional things like watch videos and play music and order things from Amazon. And surely that's just the beginning.

While having a camera in the living room isn't a novelty anymore, I get that folks will still be hesitant to let Amazon (or any other company traditionally outside of the security space) have a look at what's going on so easily. But I also think the ease of communication will trump that fear.

Messaging through Amazon Alexa is a big deal. But it's far from perfect and definitely has room to improve. A few thoughts off the top of my head:

The simple fact of the matter, though, is this: While Apple beat everyone to the mobile assistant game with Siri, and Google Assistant is very good and growing all the time, neither has reach ubiquitous status, leaving Amazon to fill in the large gaps left by anything that's not traditionally mobile.

Google Home has helped with that, but there's no denying Echo has a huge lead. Microsoft is even farther behind with its Cortana speaker, and anything similar from Apple is still in the rumor status. Will Echo Show extend Amazon's head start? There's almost no way it can't at this point.

For now, it's still Amazon's game to lose. And with Alexa calling and soon with Echo Show, it's making nothing but winning moves.