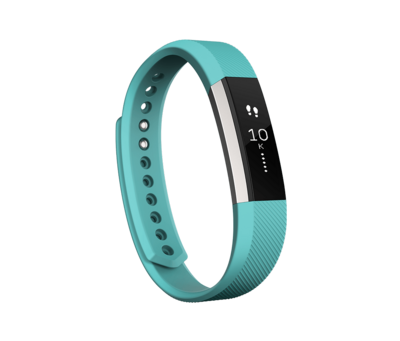 Fitbit has announced its latest fitness tracker, the Alta, which is one of the nicest-looking offerings from the company. Pre-orders are now open for the tracker, with shipments beginning in March 2016. Realizing that people don't always want their fitness tracker to look like one, Fitbit is offering a number of band options for the Alta, like a metal bracelet, leather band and a classic band. The tracker itself will offer up to five days of battery life per charge, with a charge time of one to two hours.

As for functionality, the Alta will track your steps, distance, calories burned and active minutes, as well as give you hourly reminders of when you need to be a bit more active. Fitbit has incorporated smart notifications so you'll be able to be notified when you receive calls, texts or have calendar events on your mobile phone. Being water resistant, you'll be able to sweat in it or use it in the rain without having to worry about if it will work after or not.

You can now pre-order the Fitbit Alta for $129 in black, blue, plum and teal, with shipments starting in early March. The bands are priced anywhere from $30 to $100, should you want to customize it even further.