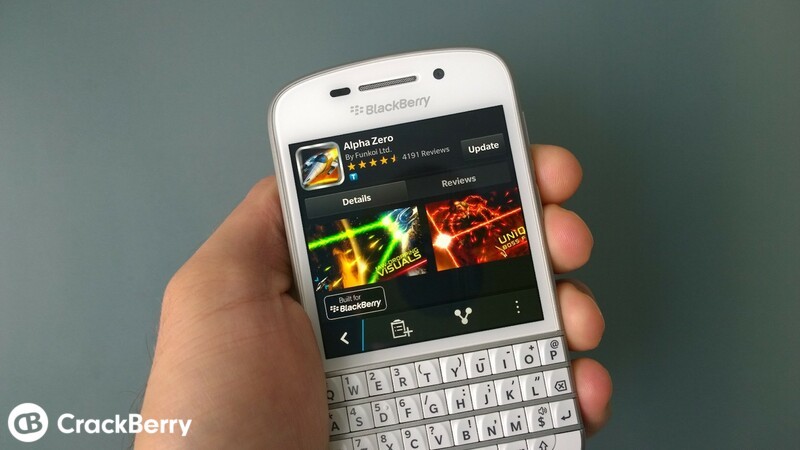 Alpha Zero has been around pretty much since the birth of BlackBerry 10. Whether you are rocking an all-touch device or one with a hardware keyboard you can enjoy some space frenzy shoot 'em up action.

The game has received a rather welcomed update this week and there's plenty of new good stuff on offer. If you missed our initial video review you can check it out here before deciding to part with your cash. Apha Zero is currently priced at $1.99 which is pretty good value if you ask me.

A new savegame backup file is now available in the media storage so you can move it to another device as long as you copy it there before installing and running Alpha Zero on it - clever!