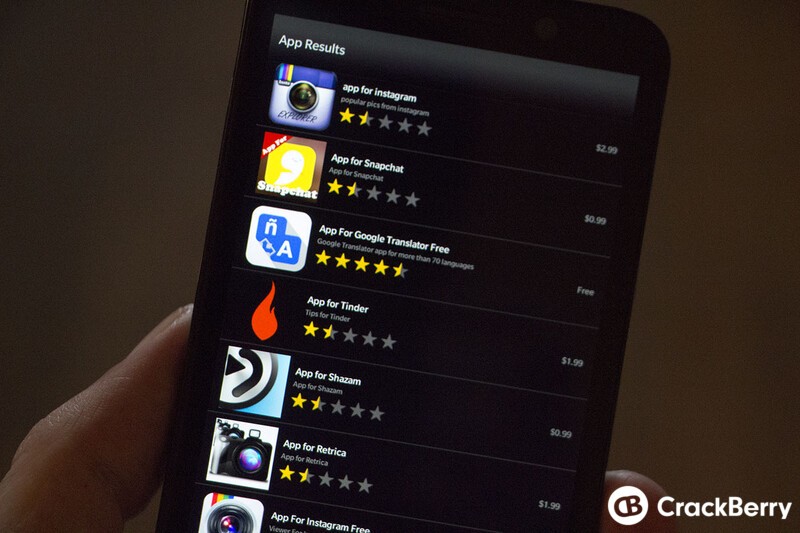 You've all seen them. Those apps that appear in BlackBerry World that are all named 'App For' whatever, be it App For Instagram, App for Candy Crush Saga and countless other things. Well, it seems BlackBerry is finally taking a bit of a stand against them now and has begun sending out notifications letting those who submitted such apps they have 48 hours to change the name of the app or it will be removed from BlackBerry World.

Review of your Vendor account has brought to our attention that one or more of your applications violate our Application Naming policy. Please rename or remove any applications with the "App For

Is it ideal? Not really. Preferably, most of the apps should never have been allowed in the first place as most of them are just there to trick people, but having those who submitted them rename them is a start. Realistically, I doubt many of them will actually get renamed and will removed from BlackBerry World because you know, changing the name actually takes more effort than firing up BlackBerry App Generator.