We used to have MLB.com At Bat, NHL Game Center, NFL Mobile and more ... but where are all the BlackBerry sports apps now? BlackBerry users are sports fans too! 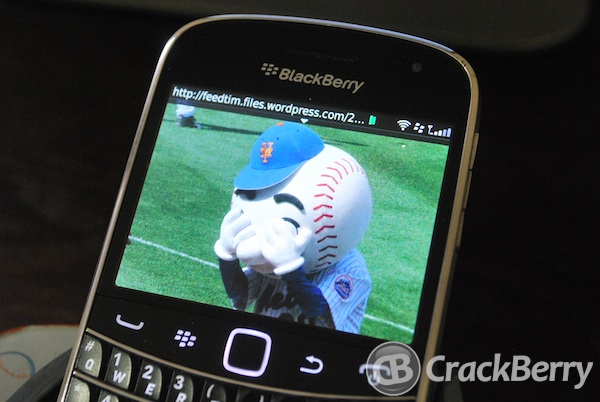 Hi. My name is Adam and I'm a BlackBerry user and a sports fan. What's that? Those two can't go together? Sure they can, but I guess you wouldn't know it after a stroll through BlackBerry App World. You see, until this year (for the most part), major sports leagues seemed to have no problem pushing out their apps for BlackBerry users. Sure, our apps were at times slimmed down compared to their iOS and Android counterparts, but at least we had something. 2012 brings in yet another year for baseball, basketball, football, hockey ... you get the picture ... but where are the BlackBerry apps?

If you run through iTunes or Google Play, you can easily find MLB.com at Bat, NHL Gamecenter, NBA Game Time and plenty more apps from the major sports leagues. You can easily seek out an app for pretty much any sport of which you're a fan and there are plenty from which to choose. Why aren't any of these apps available on BlackBerry? Your guess is as good as mine.

A search of BlackBerry App World for "MLB" doesn't net you the MLB.com At Bat app (since it's nonexistent for 2012) but yet you'll find the 3-year old MLB.com launcher as well as a launcher for every MLB team. Pretty much the same thing I had on my Curve 8330 nearly 4 years ago. It's almost insulting at this point as any somewhat educated BlackBerry user already knows how to make a homescreen shortcut from a web address, so downloading a launcher is just plain dumb. Where is my our beloved MLB.com At Bat app for BlackBerry? I understand it was $14.99, but I (as well as many others) never hesitated when it came to dropping $15 for season-long access to everything I needed on my BlackBerry. I sat an waited this year for the 2012 version to hit the shelves, but to my dismay, there was nothing available for BlackBerry. Word on the street is that it's coming soon, but who know if anything will come of that. Pfft to you MLB.

Want an NHL app? You're flat out of luck there too. If you search "NHL" in BlackBerry App World, you don't even get a tease of apps, you just get the NHLPA Player Tracker. Unless you're reallllly into hockey, this app isn't going to work for the average fan. Up until this year we've at least had the NHL Game Center app which was pretty awesome. Sure it was $19.99, but if you wanted your hockey on your BlackBerry it was a no brainer. The kicker? BlackBerry is an NHL sponsor! They were all over the Stanley cup coverage last year, but we can't have an app?? When I think of Canada I think of two things - BlackBerry and Hockey (okay, and maybe Poutine) .. and no NHL app?

Football fan? (Go Giants!). If you search "NFL" in BlackBerry App World you'll get a ton of results, most of which are garbage. The top hit is NFL 11 - a halfway decent app for NFL fans. While the app has a good amount of information, it's still very lacking feature wise. Again, it's iOS and Android counterparts are choc-full of everything you could want, but here we get the shaft. The NFL gets a pass for actually having an app however. Will we see one in 2012? Doubtful.

The list goes on -- pick a sport, search for an app, odds are you won't find it. Our best (and pretty much only) option is ScoreMobile. Props to the team there for actually keeping the BlackBerry app up to date so we can at least follow our scores and standings. ESPN Mobile? Sky Sports? You won't find those either. So what's my point? I'd just like to let the world know (I'm looking at you major sports leagues) that the millions of BlackBerry users across the globe are sports fans too. You had no problem dishing out your apps in the past, so what's the story now? I won't be switching platforms just to get my sports apps, but I will resent you all for quite a while.

Check out these threads in the CrackBerry forums for more:

MLB At Bat 12...Will Blackberry get it?
NHL GameCenter 2011?
NBA Game Time Live for Blackberry?