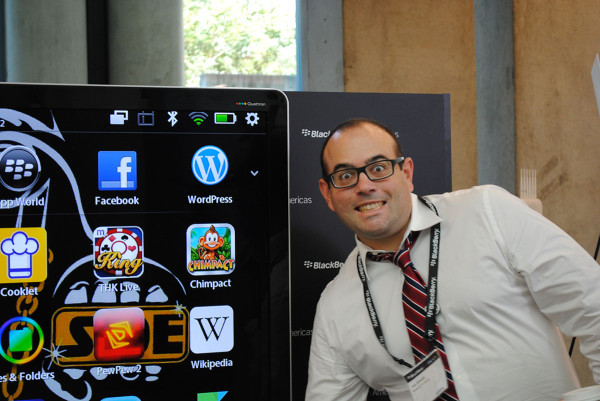 Additionally, Alex is also known for his great love of apps, tacos and generally just being a pretty awesome guy to know. He's also been featured on TechCrunch three times in one year and he'd really like it if you downloaded his TacoQuest app which is available in BlackBerry World, right now.

Another day, another no Netflix on BlackBerry 10 story

Check out the BlackBerry booth and sessions at the Game Developers Conference this week!

The BlackBerry Developer Relations team (aka Alex Kinsella and Victoria Berry) is hanging out in San Francisco this week at the Game Developers Conference, but they aren't there just for fun. Not only is BlackBerry a sponsor of the GDC again this year, they also have a booth set up (#1909) where they have a bunch of super cool gaming and platform experts on board to present some great...

BlackBerry App World surpasses 10,000 apps as we head into DevCon